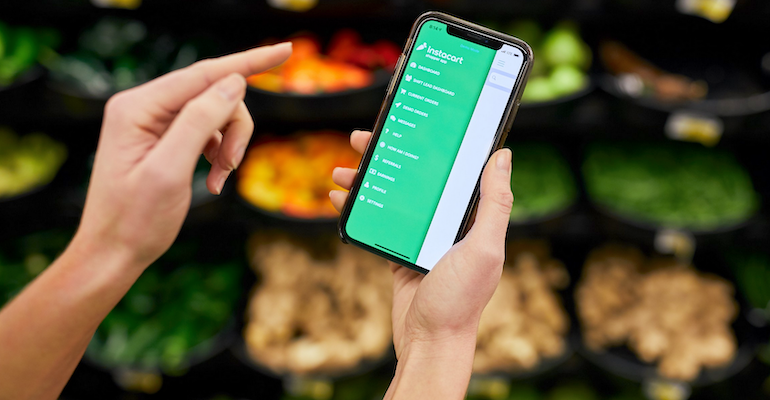 Instacart
The hiring of Asha Sharma hiring brings back the chief operating officer position at Instacart, which has been without a COO since August 2019.
News>Executive Changes

Instacart said Tuesday that Sharma is slated to join the company in mid-February. In the role, she will oversee the Instacart Marketplace, which includes the Instacart app, and Instacart logistics, growth and marketing, as well as focus on engaging new and current customers in North America. She will report directly to Apoorva Mehta, Instacart’s founder and CEO.

Sharma’s hiring brings back the COO position at Instacart. The San Francisco-based company had operated without a COO since August 2019 when Ravi Gupta, who also served as chief financial officer, stepped down from the role to join Sequoia Capital. He had joined Instacart in 2015 from investment firm KKR & Co.

“Instacart has become a fixture in our homes, one of the few products that are essential every single week in the flurry of life, including my own. I’m proud to join the team during such a pivotal time as Instacart continues to change the way people connect with the retailers they trust to get the groceries and goods they need,” Sharma said in a statement. “I’m passionate about working on products that have a real-world impact on people around the world. I believe Instacart has only scratched the surface of what’s possible, and I look forward to working with Apoorva and the team as we focus on developing new experiences that deliver unparalleled value to customers.” 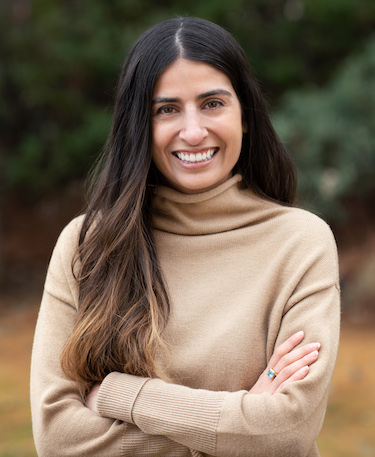 Currently, Sharma (left) serves as vice president of product and engineering at Menlo Park, Calif.-based Facebook, overseeing many of the social media company’s private communications products across the Facebook, Messenger and Instagram platforms. She joined Facebook in 2017 as head of product for social impact and the following year was promoted to vice president of product for Messenger. Before coming to Facebook, Sharma was COO of home services software provider Porch Group and, prior to that, served in marketing and operations roles at Microsoft.

“We believe that our long-term success will be driven by creating products that exceed customer expectations at every touch point. To help achieve that, we’re welcoming an exceptional operator and entrepreneurial product leader in Asha Sharma to serve as our new chief operating officer,” Mehta stated. “Asha is known for building strong teams in high-growth environments and creating product experiences that are beloved by people around the world. I’m excited to welcome her to the team as we focus on unlocking more value for all the communities we serve.”

Sharma marks the second C-suite executive to join Instacart in recent weeks. Goldman Sachs veteran Nick Giovanni started at Instacart as chief financial officer on Jan. 27. He succeeded Sagar Sanghvi, who had taken over as CFO in August 2019 from Gupta. Formerly with KKR, Sanghvi reportedly plans to re-enter the investment sector. Nilam Ganenthiran, with Instacart since 2013, has served as president since November 2019.

North America’s largest third-party provider of online grocery services, Instacart partners with nearly 600 national, regional and local retailers, offering delivery and pickup from over 45,000 stores across more than 5,500 cities. Its services — also including delivery in retail sectors such as home goods, beauty care, convenience, off-price/closeout, office supplies, vitamins and supplements, pharmacy and consumer electronics — are available to 85% of U.S. households and 70% of Canadian households.