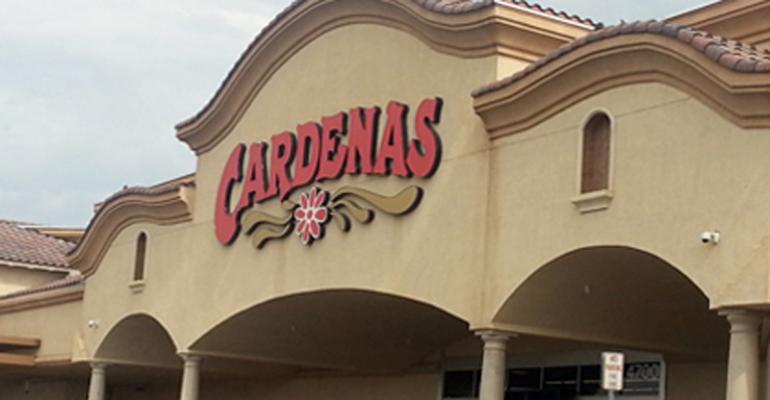 John Gomez, a former EVP at Trader Joe’s, has been named CEO of the combined companies, which will be known as Cardenas Markets LLC. The chains will be managed by a central management team in Ontario, Calif., but continue to have separate brands and operations teams, KKR said.

KKR said the chains currently have a number of new stores in the pipeline and that it plans to explore opportunities to expand the company’s footprint across other key Hispanic markets, “with a vision of becoming the leading Hispanic grocery chain in the country,” according to Vishal Patel of KKR.

Some industry observers said they expect the deal could spark a private-equity backed roll-up of ethnic retailers, likening the opportunity for them to expand and the necessity for them to gain scale is not unlike the growth journey of Sprouts Farmers Market, which also used private-equity backed combination of new stores and acquisitions to grow from a West Coast base to its current multiregional footprint.

“Regardless of acculturation level or language preference, Hispanic people use food as a vehicle to connect with their culture and heritage. This is a growing demographic, not only in size, but also in influence as well, and I am proud to be working with two leading retailers to offer the best shopping experience to our communities in Northern and Southern California, as well as Las Vegas,” Gomez said in a statement.