Both Zurcher and Schwilke started in their new roles May 1, according to Cincinnati-based Kroger.

Previously Dallas division president, Zurcher now will oversee 118 stores and more than 21,000 employees in central and northwestern Ohio, southeastern Michigan and the Ohio River Valley. She succeeds Dan De La Rosa, who as of May 1 became president of Kroger’s King Soopers grocery chain. 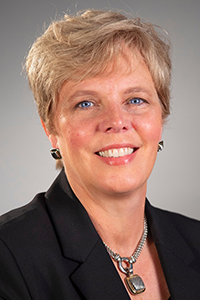 Zurcher (left) had been Dallas president since 2015, when Kroger split its Southwest division into Dallas and Houston divisions. She joined Kroger in 1985, serving in store management in Indianapolis. After holding a variety of roles in the Central division, including store and district management and merchandising, she moved to Phoenix in 2002 to become a district manager in the Fry's division. In 2008, she was promoted to director of operations for the Ralphs division. Two more promotions followed, to vice president of operations for the Mid-South division in 2011 and to the same role for the Southwest division in 2013.

Related: Kroger CIO to be succeeded by chief digital officer

"Dana has a long history of success throughout the Kroger family of companies, and we know she'll continue to serve our customers exceptionally well as the leader of our Columbus division," Mike Donnelly, executive vice president and chief operating officer at Kroger, said in a statement. "Her diverse operations and merchandising background will help us deliver our vision to serve America through food inspiration and uplift."

A 35-year retail and merchandising veteran, Schwilke will supervise 110 stores across Dallas/Fort Worth, northwestern Louisiana and East Texas in taking over from Zurcher as Dallas division president.

Most recently, Schwilke served as president and general manager of the Northern California division of Safeway (now part of Albertsons Cos.), where he oversaw 283 stores and 35,000 staff. Prior to that, he served in a range of leadership posts at Safeway, including president and general manager of perishables and group vice president of produce and floral. He also was vice president of retail operations at Vons from 2001 to 2007. 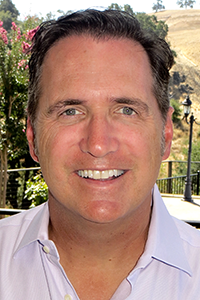 The new position at Kroger brings Schwilke (left) back to Texas, where from 2008 to 2010 he served as president and general manager of Safeway's Texas division, overseeing 111 Tom Thumb and Randalls stores in Dallas, Houston and Austin.

"We are pleased to welcome Tom to Kroger," Donnelly stated. "He is well-respected throughout the retail industry, and we look forward to his proven leadership driving continued growth in our Dallas division."

De La Rosa took the helm at King Soopers after previous president Dennis Gibson was named president of Fred Meyer. And in another divisional move, Kroger promoted Joe Kelley, vice president on special assignment, to president of the Houston division, succeeding Marlene Stewart, who plans to retire on July 20. All of those changes were announced in early April and went into effect on May 1.