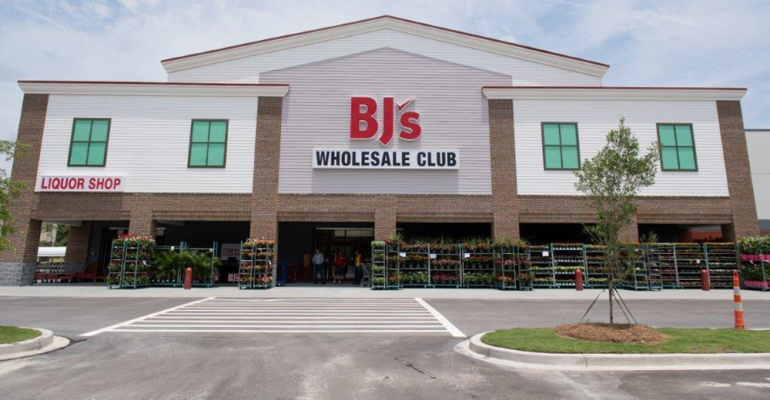 BJ’s Wholesale Club will have a new CEO at the helm early next year with the promotion of President Lee Delaney.

Effective Feb. 2, current BJ’s Chairman and CEO Christopher Baldwin is slated to become executive chairman, and Delaney will take the reins as chief executive as well as join the board of directors.

Related: Sales inch up in Q3 at BJ’s Wholesale Club

In addition, former Burlington Stores Inc. CEO Thomas Kingsbury will join the warehouse club chain’s board on Feb. 2 with the departure of CVC Capital partner Cameron Breitner, who is stepping down after serving as a director since 2011.

“This is an exciting time to be a part of BJ’s Wholesale Club, and I’m honored to lead this company and this great team,” Delaney said in a statement. “We have a strong growth strategy in place and will continue to focus on providing outstanding value and service to our members. I look forward to continuing to work with Chris as we take advantage of the opportunities ahead of us, producing profitable growth and shareholder value over the long term.” 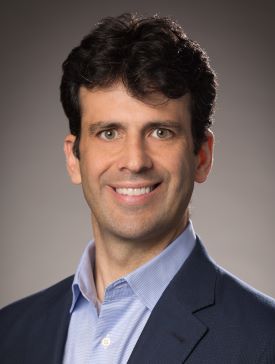 Before joining BJ's in May 2016, Lee Delaney was a partner at Bain & Co. (Image courtesy of BJ's Wholesale Club)

Before coming to the wholesale club retailer, Delaney was a partner at the Boston office of Bain & Co., where he was a leader in the firm’s consumer products practice, and prior to that he worked for Electronic Data Systems and Deloitte Consulting.

“Lee’s strategic vision and leadership have been instrumental in the transformation of BJ’s Wholesale Club,” Baldwin commented. “We’re on track to deliver our fourth consecutive year of record earnings, with strong cash flow and membership at historic levels. Lee’s knowledge of all areas of our business and strong record of driving profitable growth make him the ideal leader for our company. I look forward to working closely with Lee to ensure a smooth transition as we continue our transformation.”

As executive chairman, Baldwin will serve as a strategic adviser to Delaney and lead BJ’s board of directors.

Baldwin joined BJ’s in September 2015 as president and chief operating officer, as well as a board member. He was promoted to CEO in February 2016 and then added the title of chairman in 2018. Before coming to BJ’s, Baldwin led Hess Retail Corp. as CEO and, prior to that, held various leadership roles at Nabisco, Hershey and Procter & Gamble. Baldwin currently serves as chairman of the National Retail Federation.

Under Baldwin’s watch, BJ’s fine-tuned its product selection — sharpening the focus on grocery — as well as tightened operations and improved its club shopping experience and e-commerce program. The company also launched an initial public offering during Baldwin’s tenure, rejoining the stock market in June 2018 after a nearly seven-year absence. In September 2011, investment firms Leonard Green & Partners and CVC Capital Partners had taken BJ’s private via a $2.8 billion buyout, which came after a year of speculation about a potential takeover of the chain. 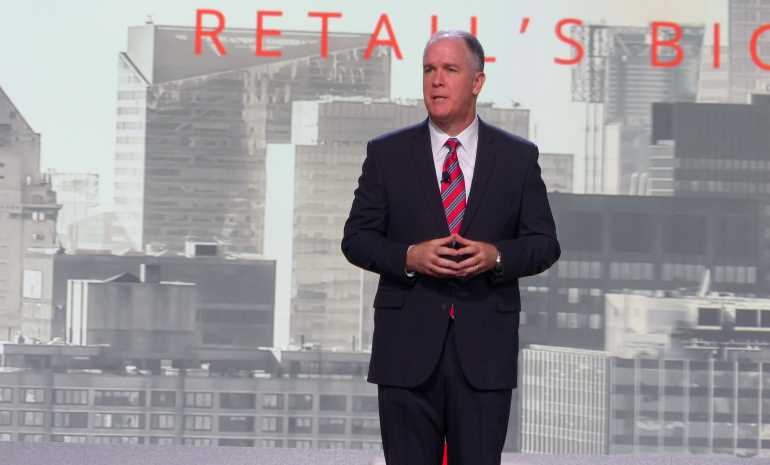 As executive chairman, Christopher Baldwin will serve as a strategic adviser to Delaney and lead the board of directors. Baldwin also currently chairs the National Retail Federation.

“In just four years as CEO, Mr. Baldwin steered BJ’s to a much better place. Although we have never met his successor, Mr. Delaney, the executive team has spoken very highly of him and his accomplishments, which reassures us that momentum can continue,” Jefferies analyst Christopher Mandeville wrote in a research note.

“Since Mr. Baldwin’s arrival at BJ’s, the company has enhanced its merchandise assortment and adopted a more sustainable approach to cost discipline. As a result, management is now making more informed decisions via greater use of data and has subsequently improved the in-club experience and e-commerce offering. Mr. Delaney has also been instrumental in these changes, namely managing BJ's CPI program, building out a more robust general merchandise assortment and SKU rationalization efforts across other core categories, including grocery,” he explained.

Still, Mandeville noted, Delaney’s promotion to CEO comes as somewhat of a surprise. “We can't help but look back to the market's negative reaction to Mr. Delaney's promotion to president in a sort of succession plan,” he said in his report. “Given this, we expect BJ’s shares to come under pressure.”

Meanwhile, the addition of Kingsbury to the board brings BJ’s more strong retail experience. Kingsbury served as CEO of Burlington from 2008 to 2019 and, before that, was senior executive vice president of information services, e-commerce, marketing and business development at Kohl’s Corp. He also held management positions at The May Department Stores Co., including as president and CEO of the Filene’s/Kaufmann’s division.

“I’m thrilled to have Tom Kingsbury join our board,” Baldwin stated. “His deep understanding of value retail and track record of building shareholder value will be extremely valuable as we continue to transform BJ’s Wholesale Club.”