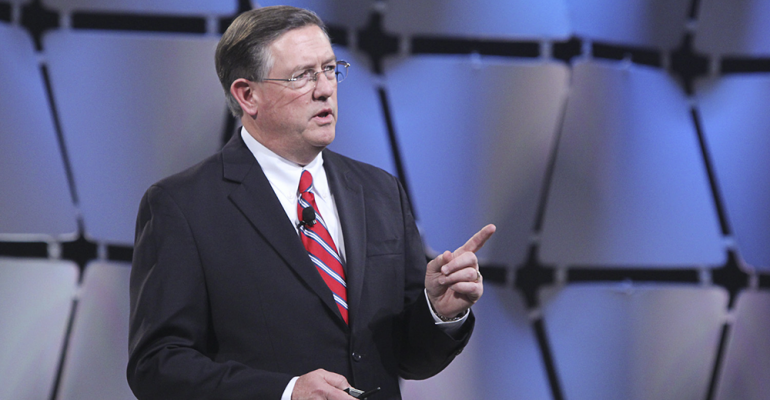 Peter Larkin, president and chief executive officer of the National Grocers Association (NGA), plans to retire next year after more than eight years at the helm of the independent grocers trade group.

NGA said Thursday that Larkin is scheduled to retire Dec. 31, 2019. The NGA board of directors is forming a search committee to find a successor, and the committee is slated to meet in mid-January.

Larkin, who has four decades of experience in the supermarket industry, has served as president and CEO of NGA since July 1, 2010. He also serves as president of the NGA Research and Education Foundation. 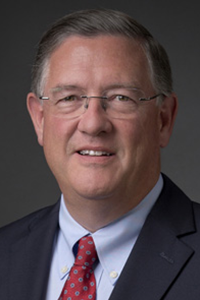 “When I started working for The Kroger Co. 36 years ago, little did I know that I would one day have the honor to serve as the president and CEO of NGA. I am grateful to our members and board of directors for the privilege and opportunity to lead this great organization, which truly represents the best entrepreneurs in our industry and country,” Larkin said in a statement. “I’m proud of our accomplishments, from growing our advocacy and government relations program, doubling our membership, relaunching the NGA Foundation and growing The NGA Show into the successful event that it is today.”

NGA noted that during Larkin's tenure the association has boosted member engagement to an all-time high and tripled attendance at The NGA Show. Larkin’s leadership also has energized NGA’s government relations and advocacy efforts, resulting in some key wins for independent supermarkets, the association said.

“Peter has led a renaissance of NGA and will be leaving an organization that is well-prepared to support our industry for many years to come. Peter’s passion and enthusiasm for NGA and the independent grocer is infectious, which is evidenced by the tremendous growth that NGA and The NGA Show has experienced under his leadership,” commented NGA Chairwoman Cheryl Sommer, owner of Kaune’s Neighborhood Market in Santa Fe, N.M.

“Independent grocers serve as the cornerstones of their communities and ensure consumers have vibrant choice in the marketplace, making it critical for independents to have a strong advocate, such as NGA, to support our segment of the supermarket industry,” Sommer stated. “Peter has elevated NGA as an organization and highlighted the important role independent grocers have in the U.S. economy and our nation’s food distribution network.”

Before joining NGA, Larkin led his own government relations consulting firm, Larkin Public Affairs, which launched in 2008. From 1996 to 2007, he served as president and CEO of the California Grocers Association. Prior to that, from 1989 to 1996, Larkin was vice president of state government relations and environmental affairs for the Food Marketing Institute (FMI) and earlier managed government and media relations programs for The Kroger Co. He also held similar posts at Philip Morris U.S.A.

“Given the rapidly changing marketplace, I believe organizations like NGA are more important today than ever,” Larkin added. “NGA is financially strong and very well-positioned to continue its mission that began in 1982 as an effective advocate and thought leader for independent grocers for decades to come.”