Parent Albertsons Cos. said Hix stepped down earlier this week, serving in his last day as Plated CEO on Jan. 22. The Boise, Idaho-based grocery retailer didn’t give a reason for his departure. 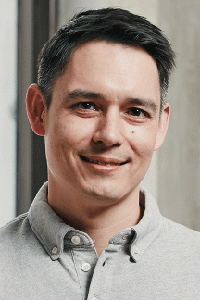 “Albertsons Cos. confirms that Plated Co-founder and CEO Josh Hix [left] has decided to leave the company,” Albertsons said in a statement. “We sincerely thank Josh for his dedication to Plated from its inception, and we look forward to sustaining and growing Plated in the future with their talented New York City-based team. The meal kit industry is a dynamic and evolving space, and we look forward to continuing to expand Plated throughout our company's 20-plus banners across the country.”

Plated won’t be appointing a new CEO, an Albertsons spokeswoman said. Nick Taranto, who co-founded Plated in 2012 with Hix, left the company in October.

Pat Brown, group vice president of strategic business initiatives at Albertsons Cos., has been named to oversee the Plated business in addition to his current responsibilities. Plans call for Brown to work closely with the senior leadership team at Plated, which will continue to operate under its brand within the Albertsons Cos. organization, the spokeswoman said.

Albertsons acquired Plated in September 2017 for a reported $300 million. Then-Albertsons CEO Bob Miller said the deal would provide customers a “personalized shopping alternative” along with convenient, affordable meal solutions. For Plated, the agreement provided a way for the company to expand beyond its online subscription-based model by bringing its meal kits to Albertsons Cos. approximately 2,300 supermarkets in 35 states and the District of Columbia, which draw roughly 35 million customers weekly.

Albertsons announced the national rollout of Plated meal kits to its stores last April, at which time the retailer had the kits in 20 Safeway stores in northern California and 20 Jewel-Osco stores in the Chicago area. The company said Plated kits would be available in select Albertsons, Safeway, Vons, Jewel-Osco, Shaw’s, Acme, Tom Thumb, Randalls, United Supermarkets, Pavilions, Star Market and Haggen stores by the year’s end.

Currently, Plated meal kits are sold at more than 300 Albertsons Cos. stores, and the company operates five Plated fulfillment centers. The response from customers has been strong, according to the spokeswoman.

“Plated had an exciting year rolling into hundreds of Albertsons Cos. stores in 2018 and continues to iterate and learn as it evolves its offering through a variety of channels,” she stated. “Plated will continue to do what it does best: focus on helping customers create amazing meal experiences, from planning and shopping to cooking to eating. We’re looking forward to expanding Plated’s footprint and growing the brand throughout the Albertsons Cos. business.”

In an interview with Supermarket News after Albertsons announced the Plated acquisition, Hix said retailers and e-tailers are trying to bridge the brick-and-mortar and online arenas.

“What we’ve heard from retailers over the years is that many of them share the same sort of vision around omnichannel,” he told SN. “And you’re seeing even enormous technology companies like Amazon that need a retail channel like Whole Foods. And with Walmart and Jet, you had an enormous retailer than needed an online channel. This is the same sort of thing. They [Albertsons] recognized they needed technology in the online channel, and we certainly recognized we needed a retail partnership and more access. So it’s a good marriage.”