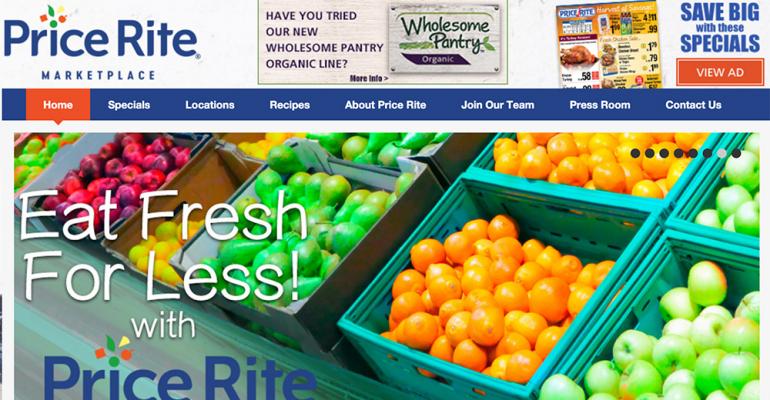 Wakefern to roll out modern Marketplace format chainwide in next year

Wakefern Food Corp has launched a rebranding of its Price Rite discount banner and elevated Jim Dorey to become president of the chain.

Wakefern, which also operates and licenses the traditional ShopRite supermarket banner, said it plans to roll out the look to all 65 of its Price Rite locations during the next year. “We are pleased to officially announce the rebranding of our stores to Price Rite Marketplace with the unveiling of this fresh and fun concept at our Secane store,” said Dorey (left), in a statement. “Our company was built on the philosophy that customers should not have to sacrifice quality to save on price, and we look forward to continuing that promise and staying true to our core values with the Price Rite Marketplace experience, the next step forward for our company.”

Dorey succeeds Neil Duffy, who retired from Price Rite in October. Wakefern had announced his retirement at the company’s annual meeting last month. Dorey joined Wakefern in 2004 as manager of real estate, and progressed through the organization, holding management positions in procurement, supporting the frozen foods and dairy divisions. He joined Price Rite in 2009, serving most recently as executive VP, a role in which he worked closely with Duffy to prepare for the transition to president.

In his new role, Dorey will oversee all aspects of the business, including sales, merchandising, marketing, retail operations, human resources and corporate administration, in addition to overseeing the rollout of the rebranding initiative.

“Jim has consistently demonstrated the leadership traits and vision to position Price Rite Marketplace for success even in the face of major market changes, competitive challenges and a changing business landscape,” said Joe Sheridan, president and chief operating officer of Wakefern. “It’s an exciting time for Price Rite as we refresh our stores with new décor and private label products, and Jim will help lead the company in this next step forward.”

In addition to the new décor and dessert case, the rebranding also includes expanded private label offerings, including Wakefern’s new Wholesome Pantry line of organic and clean-label items. The banner has also added Certified Angus Beef and Perdue’s No Antibiotics Ever Chicken, and a new “Meals to Go” section, according to its website.

Burt Flickinger, managing partner, Strategic Resource Group, said the original Price Rite design did not devote enough space to the perishables departments, and the rebranding should help drive sales in those areas.

“They have a high percentage of sales in shelf-stable grocery, frozen and dairy, and they have more opportunities in perishables, with more produce and more meat,” said.

Price Rite has been growing in the Northeast through the acquisition of some shuttered traditional stores.

“Price Rite has become the strongest traditionally sized extreme value retailer in the Eastern U.S.,” said Flickinger. “In relatively small amounts of space, they have some of the highest sales per square foot and sales per store of any of the extreme-value sores.”

“Our research in England and Ireland showed that Aldi and Lidl together just steamrolled the competition there,” said Flickinger. “While Lidl might be off to a slower start in the U.S., Wakefern is getting the first-mover advantage on the price-impact stores.”

He noted that Aldi “has had phenomenal success” with its remodeling effort, which includes a more modern layout and expanded perishables.

“In many markets Price Rite can challenge for No. 1 leadership in extreme value in traditionally sized food stores,” said Flickinger.

The remodeled stores will also incorporate energy-saving technologies including glass doors on dairy cases and energy-efficient lighting and refrigeration throughout the entire store.

The Price Rite banner was first launched in West Springfield, Mass., in 1995.