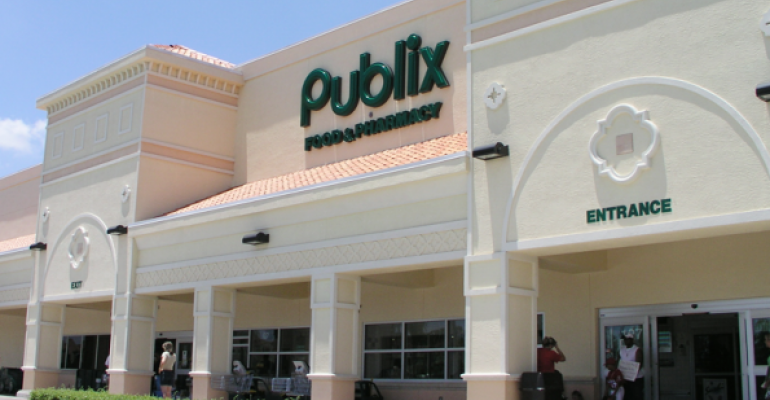 The Lakeland, Fla., retailer said Bob McGarrity will be promoted to VP of facilities effective Jan. 1, succeeding Dave Duncan, who is retiring, and that Jeff Chamberlain would be promoted to SVP, overseeing real estate and facilities at that time.

"As our company continues to expand, I’m confident in the abilities of Bob and Jeff to help introduce Publix to new markets. They are passionate about Publix and our associates,” Todd Jones, Publix president and CEO, said in a statement.

McGarrity, 55, has more than 30 years of experience leading teams in the areas of commercial construction, real estate development and facilities management. Prior to joining Publix in his current role in 2012, he served as a commander and managed facilities and construction in the U.S. Navy’s Civil Engineer Corps. He was a senior development officer for AG Armstrong Development and Regency Centers. In his new role McGarrity will oversee the design, construction and maintenance of stores and equipment.

Chamberlain, 60, started his Publix career in 1972 as a part-time front service clerk in Satellite Beach, Fla. After working his way up to store manager in 1984, he was promoted to real estate manager in 1991, director of market strategy for real estate in 1999 and to his current role in 2011. In his senior leadership role, Chamberlain will have oversight of the company’s facilities department in addition to his current responsibilities.

“During Dave’s many years of dedicated service, he was instrumental in the success of numerous projects,” Jones said. “He has supported our company growth, while being a champion for our sustainability efforts, including launching our Green Routine program more than a decade ago. We wish Dave and his wife, Nancy, well as they begin the next chapter in their lives.”