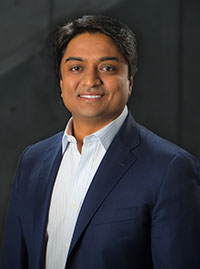 Sprouts said late Thursday that Maredia is stepping down as CEO and from the company’s board of directors effective Dec. 30 “to pursue other interests.”

President and Chief Operating Officer Jim Nielsen and Chief Financial Officer Brad Lukow have been tabbed to serve as interim co-CEOs until a full-time chief executive is appointed. Sprouts said it’s retaining a leading executive search firm to assist in the process of naming a new chief executive.

Plans call for Maredia to serve in an advisory role for an unspecified period to help with the leadership transition.

“It has been an enormous privilege to have been part of the Sprouts team during this incredible period in the company’s history over the past eight years,” Maredia said in a statement. “As I transition, it is comforting knowing that Sprouts is well-positioned with a strong management team for robust growth and sustained success.”

Maredia has served as CEO of Phoenix-based Sprouts since August 2015 and has been a board member since February 2016. He joined the company in August 2011 as chief financial officer. Before that, Maredia held financial executive posts during more than five years at Burger King Corp., including as vice president of finance for the North and Latin America from March 2009 to February 2011 and as vice president of strategic planning and treasurer from July 2005 to March 2009.

“On behalf of the board of directors, I would like to express our gratitude to Amin for his many years of service to Sprouts,” Chairman Joseph Fortunato stated. “Over the past three years, Amin has overseen our tremendous growth from coast to coast and put us on a firm footing for continued success. We wish Amin all the best in his future endeavors.”

Sprouts noted that Nielsen and Lukow bring ample retail and management experience to the table as co-CEOs as the company searches for a successor to Maredia. Nielsen, who joined Sprouts in April 2011 as COO and added the president’s title in August 2015, previously served as president of Henry’s Farmers Markets. Lukow, who has held the CFO post at Sprouts since March 2016, formerly was executive vice president and CFO of Shoppers Drug Mart, Canada’s largest drug chain.

“While we search for a new CEO, the board has deep confidence in Jim and Brad to continue executing the company’s strategic initiatives, driving shareholder value and delivering on our mission of ‘Healthy Living for Less,’” Fortunato added.

“Given the somewhat unexpected nature of yesterday's news and how the market generally doesn't look well upon surprise management changes, shares will likely be under pressure today,” Jefferies analyst Christopher Mandeville said in a research note Friday on Maredia’s resignation.

Sprouts said it plans to open 30 new stores in 2019, the same as this year. The retailer currently operates 315 stores in 19 states.