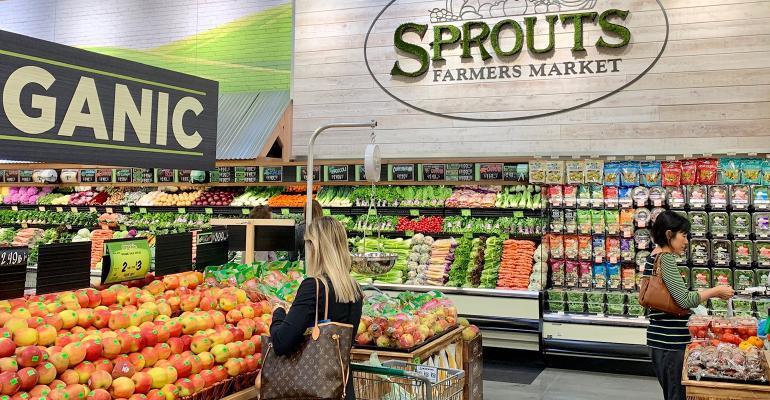 Sprouts Farmers Market
Sprouts CEO Jack Sinclair says, Paulonis' "deep experience in specialty retail and financial acumen will be invaluable to our leadership team as we chart the long-term strategy of our company.”
News>Executive Changes

Since May 2018, Paulonis has served on the board of directors of Sally Beauty Holdings, according Sprout's SEC filing. At Sprouts, she will earn a base salary of $650,000 with target-related bonuses and a one-time equity grant of $750,000. 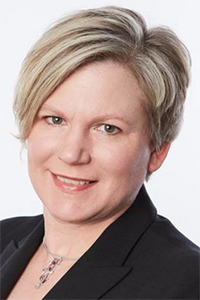 Paulonis (left) will be the only female C-suite executive at Sprouts, according to the company's website. Of the company's seven directors, two are women.

“We are absolutely delighted to welcome Denise to Sprouts as our new CFO,” Jack Sinclair, chief executive officer and a director of Sprouts Farmers Market, said in a press release. “Denise’s deep experience in specialty retail and financial acumen will be invaluable to our leadership team as we chart the long-term strategy of our company.”

Similarly, Sprouts announced Paulonis' appointment the day after Ashley Buchanan became president and chief executive officer of Michaels. Paulonis is leaving Michaels on Jan. 31, according to a press release from that company.

Paulonis served as executive vice president and chief financial officer for Michaels since 2016. Previously, she served in several senior financial positions at PepsiCo, including vice president of financial planning for Frito Lay. She began her career as finance manager for Proctor & Gamble in 1994.

She earned her MBA from The Wharton School, with an emphasis in finance an strategy in 2000, after receiving a bachelor's degree in economic and finance from Miami University of Ohio in 1993, according to her LinkedIn account.

“I am privileged to join Sprouts at this exciting stage in its development,” Paulonis said in a released statement.  “This company pioneered making healthy eating accessible to everyday grocery shoppers, and I look forward to working with the team to build upon this foundation to create long-term shareholder value.”

Paulonis will report directly to Sinclair and will work closely with the company’s interim chief financial officer, Lawrence (“Chip”) P. Molloy, to ensure a smooth transition. Molloy will remain with the company in his capacity as an independent member of its board of directors upon Paulonis’s appointment.

Sprouts Farmers Market fiscal year ended Dec. 29, but the date of the year-end earnings call has not been announced. In the third-quarter earnings call on Oct. 30, the company reported net sales of $1.4 billion, an 8% year-over-year increase, and net income of $26 million, down from $38 million at the end of Q3 2018.