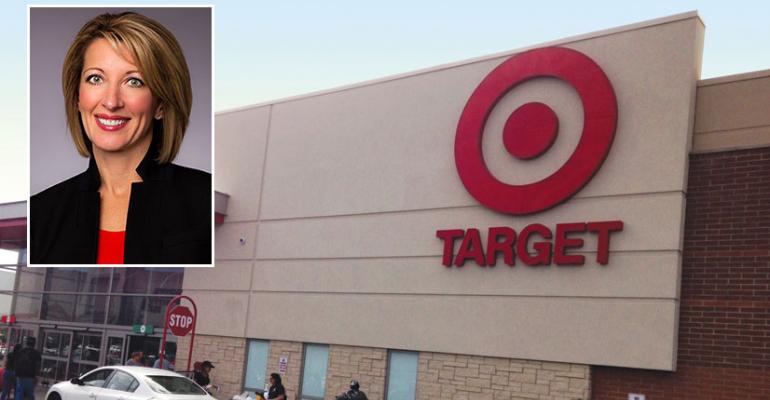 Lundquist will replace Jodee Kozlak, who was named global SVP of human resources for Alibaba Group, the China-based retailer said Friday in a separate announcement.

Lundquist will be responsible for driving the enterprise-wide human resources strategy for Target’s 347,000 employees. She will serve as a member of the Minneapolis-based company’s leadership team and will report to CEO Brian Cornell.

“Stephanie has played a critical leadership role in Target’s transformation efforts, developing and initiating the human resources strategies necessary to drive long-term growth for Target,” Cornell said in a statement. “She’s been a leading voice as we push ourselves to think differently and work in new ways across Target. Our outstanding team is one of our key competitive advantages and Stephanie’s continued leadership will be invaluable as we work to further unlock Target’s potential.”

Lundquist has more than 17 years of retail experience. Since joining Target in 2005, she has held leadership positions in talent acquisition, talent management and operational roles in business integration and program management. Most recently, Lundquist was the SVP of human resources. In that role, she was responsible for Target’s headquarters team as well as all HR functions for Target India operations.

Lundquist replaces Kozlak who will be departing Target after nearly 15 years. Kozlak played an integral role during a time of rapid expansion for Target and the increased influence of digital in the business, the company said. Most recently, she led the team through the 2013 data breach and onboarded Target’s first external CEO, Brian Cornell, in 2013.

“Jodee’s contributions in the past 15 years have made a tremendous impact on Target and our team members globally,” Cornell said. “I personally want to thank her for building a culture of strong individual and team performance as well as a deep passion for our brand and our guests. On behalf of the entire team, I wish Jodee well in her future endeavors.”

At Alibaba, Kozlak will be responsible for helping to build the group's international leadership team as the company continues to expand globally. She will jointly report to deputy chief people officer Jane Jiang and to Michael Evans, Alibaba's president.

"Jodee is a proven leader who brings world-class business building experience, strategic talent management and leadership skills to Alibaba,” Evans said. “She is an important addition to Alibaba as we continue to internationalize our company, and her deep experience across a diverse set of disciplines will be invaluable as we continue to build our global team. Jodee will help to promote and preserve Alibaba’s proven winning culture.”