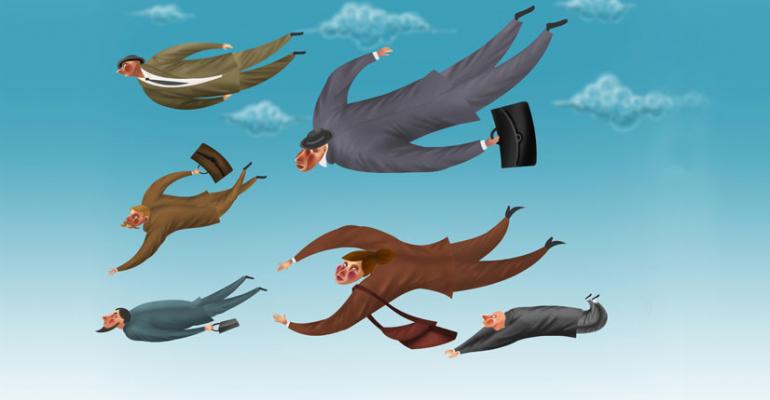 <p> Delhaize and Supervalu were among a host of food retail companies that shuffled their executive leadership.</p>
News>Retail & Financial

As 2012 came to a close, Delhaize America overhauled its top executive ranks, as new Chief Executive Officer Roland Smith shook things up in an effort to reverse sluggish performance at the company.

Those were among a flurry of executive changes at Brussels-based Delhaize, which has been seeking to reverse sluggish sales trends in the U.S.

Year in Review: 2012 Acquisitions Tip of the Iceberg?

He was succeeded as president and CEO by Wayne C. Sales, the chairman of the board and a former CEO at Canadian Tire, who continues to both oversee the operations of the company and direct its ongoing strategic review.

Also in May, Supervalu said Pete Van Helden was leaving as executive vice president of retail operations, to be succeeded by Kevin Holt, who was named president of Supervalu retail.

Tesco’s Fresh & Easy chain had a similarly turbulent 2012, as the company in May brought in Tim Ashdown, the former chief executive officer of Tesco China, to succeed Jeff Adams as chief retail officer. Later in the year, Tim Mason, who had been CEO of Fresh & Easy and had spearheaded the banner’s expansion in the U.S., was dismissed as Tesco said it would seek buyers for the 200-store chain after losing hundreds of millions of dollars.

Other top-level changes during 2012 were more routine. Among them:

• In May, Joe Kelley left as chairman, president and CEO of Indianapolis-based Marsh Supermarkets to become president of Stop & Shop-New England, and was succeeded at Marsh by Bill Holsworth on an interim basis, and later in the year on a permanent basis by Thomas R. O’Boyle Jr.

Year in Review: 2012 Rewrites the Script for Many Companies

• In July, Stan Alexander was named to succeed Gerry Totoritis as president and CEO of Associated Grocers of the South, Birmingham, Ala.

• In August, Doug Sanders, president of Sprouts Farmers Market, was named to the additional post of CEO, succeeding Shon Boney, who remains chairman.