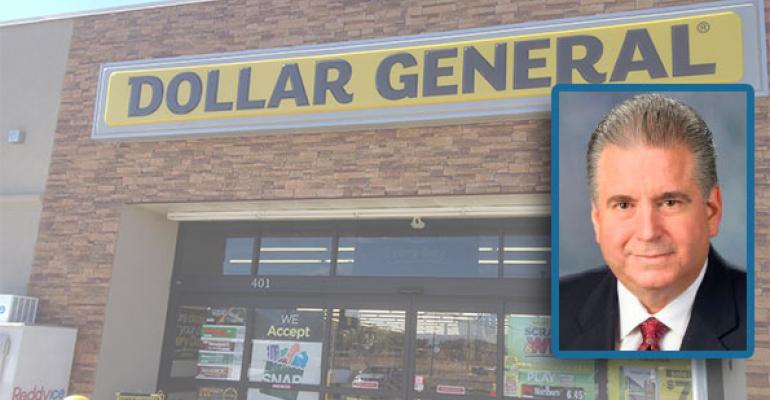 Vasos, who has served as Dollar General’s COO since 2013, has also been elected to Dollar General’s board, the company said. Dreiling will remain as board chairman for the remainder of his term and will serve as senior advisor and chairman of the board through Jan. 29, 2016.

“On behalf of the entire board of directors, we are excited to have Todd Vasos as our CEO and look forward to working with him in his new role. Todd is a proven leader and the right person to guide Dollar General as it enters this next chapter in the company’s history. With Todd’s appointment as CEO and Rick’s continued service, we ensure the continuation of both the leadership and strategy that have made Dollar General a retail powerhouse,” Mike Calbert, Dollar General’s lead director, said in a statement.

“The board and I are confident that Todd is the right leader for the future growth of Dollar General. Todd is a highly accomplished retail executive with whom I have had the pleasure of working for 9 of the last 12 years, including more than six years at Dollar General. I look forward to supporting him in his new role to ensure a smooth and seamless transition,” Dreiling said in a statement.

“I am excited and honored to have the privilege to lead Dollar General," Vasos said. "I am grateful to Rick for his guidance as a mentor and friend. Under Rick’s leadership, we have delivered exceptional results. My commitment is to build on that success. I believe Dollar General has an exciting future ahead and look forward to continuing to work with our talented employees to provide our customers with the everyday low prices that they count on from Dollar General.”