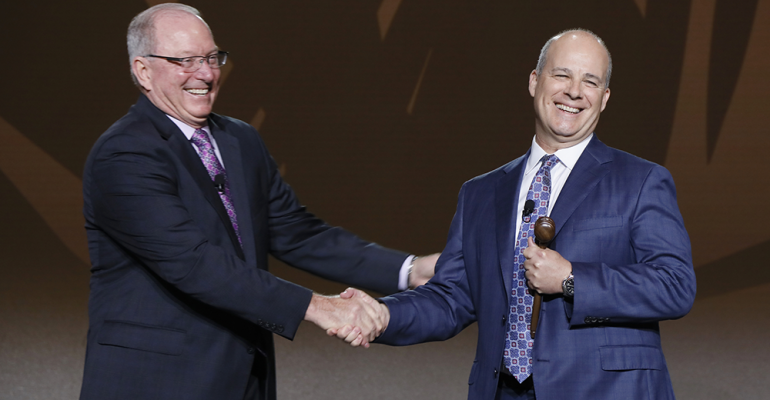 Lane, elected to the post yesterday at the NACDS Annual Meeting in Palm Beach, Fla., will serve as chairman for the 2019-20 term. He succeeds Mark Panzer, senior vice president of pharmacy, health and wellness at Albertsons Cos., who finished his chairmanship and was re-elected to a three-year term on the NACDS Board of Directors.

The NACDS board also elected Richard Ashworth, president of operations for Walgreens, as vice chairman and Rick Keyes, president and CEO of Meijer, as treasurer. Each will serve a one-year term. In addition, Keyes was elected to the NACDS Executive Committee. 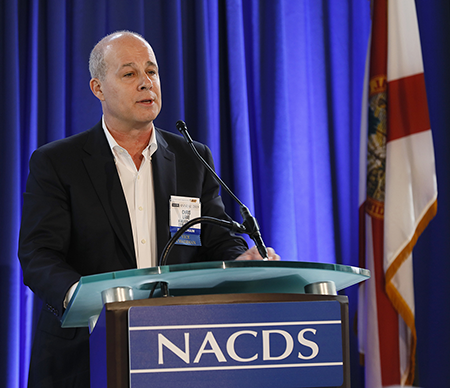 The food and drug retail veteran started his career as a pharmacist. Before coming to Wakefern, Lane served as vice president of pharmacy at Duane Reade.

“While some aspects of the profession have not changed, the services performed by a pharmacist have,” Lane said Tuesday at the NACDS Annual Meeting in his first remarks as chairman. “Today, pharmacists are administering vaccines, educating patients on chronic medical conditions and managing medication therapy. For many of our customers, pharmacists are among the most trusted health care professionals they engage with. Pharmacists are often the face of health care to many communities throughout the U.S.”

Steve Anderson, president and CEO of NACDS, noted that Lane “talks passionately about pharmacy” and his experience in the field “fuels his commitment to achieving important results that advance the industry, for the ultimate good of patients and consumers.”

“NACDS chain and associate members, whose responsibilities involve the pharmacy and consumer goods alike, will appreciate Chris’ brand of leadership, and we look forward to his term as NACDS chairman of the board,” Anderson added.