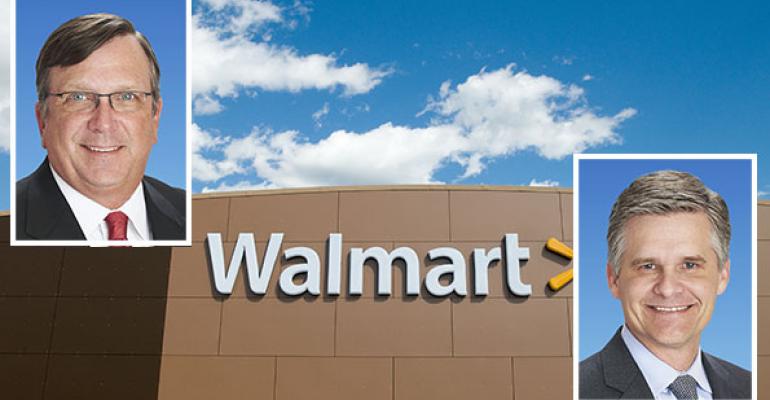 Wal-Mart Stores has appointed Brett Biggs as its new CFO following the retirement of Charles Holley, the retailer announced Friday.

Effective Dec. 31, Biggs will take on the CFO role, reporting to Walmart president and CEO Doug McMillon. Holley will stay on at the Bentonville, Ark., firm until Jan. 31, 2016, to assist with the transition.

Since January 2014, Biggs has been EVP and CFO of Walmart International, handling international strategy and finance activities, including business planning and analysis, financial services, and support for real estate and mergers and acquisitions. He previously served as CFO of Walmart U.S., SVP of Sam’s Club operations, CVP and CFO of Sam’s Club, SVP corporate finance and assistant treasurer, and SVP, international strategy and mergers and acquisitions. Biggs has worked at Walmart since 2000.

Holley was named CFO in 2010 after previous roles as EVP, finance and treasurer; chief risk officer; SVP of finance over accounting, tax, financial reporting and investor relations; controller; and several roles in Walmart International, including CFO. He joined Walmart in 1994.

“Brett is a strong leader whose broad experience uniquely qualifies him to lead our finance and strategy areas,” McMillon said in a press release. “Having had a variety of important roles in all three of Walmart’s business segments, Brett is well prepared. He thoroughly understands Walmart’s operations, how we intend to compete in a dynamic and changing retail environment and how we can best serve customers, associates and shareholders.

“Charles has overseen our global finance and strategy areas during a period of immense company growth and change. He has been instrumental in shaping Walmart’s strong financial position while driving significant shareholder returns. One of Charles’ strengths is also talent development and succession planning. Under his leadership, Walmart’s finance function has transformed into a best in class organization that is both strong and deep, highlighted by today’s appointment of Brett as our new CFO.”