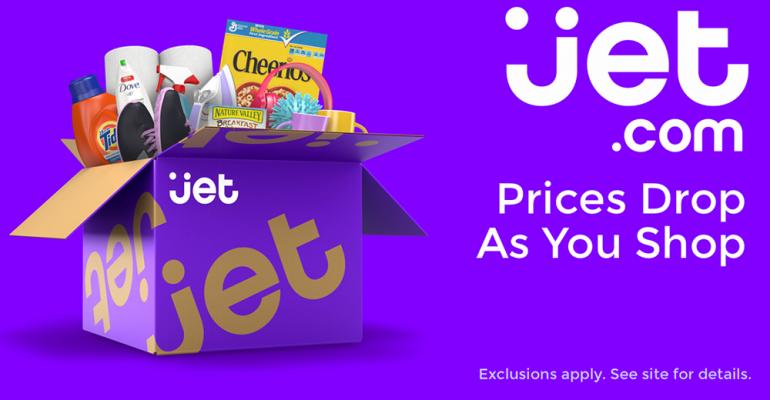 Belsham will oversee all Jet.com operations, including the integration of grocery and general merchandise, Lore said in a memo to employees. In addition to spending seven years at Tesco, the UK’s leading grocery retailer, Belsham (left) also built a general merchandise platform for British e-commerce provider Ocado and most recently was CEO at Notonthehighstreet.com, a curated gifting platform. He left Notonthehighstreet.com last year for personal reasons, according to reports.

According to an interview with The Telegraph of London last year, Belsham left Tesco to work for Ocado for a few years before returning to run Tesco Online.

“With Jet grocery being an integral part of the strategy, Simon brings incredible experience in scaling grocery delivery and his unique background in converging technology and retail to create amazing experiences for customers,” Lore said in the memo.

Bentonville, Ark.-based Walmart acquired Jet.com, which specializes in e-commerce for urban consumers, in 2016 for about $3 billion. It has recently been seeking to ramp up Jet’s grocery capabilities, and last year added a 50-SKU line of private label grocery items called Uniquely J.

“I’m incredibly excited to join Jet and become part of the Walmart eCommerce team,” Belsham said in a statement. “In my view, there is no business better positioned to take advantage of the opportunity ahead than the combination of Walmart and Jet.”

Belsham joins the Walmart e-commerce group as the company is seeking to ramp up its grocery e-commerce offering. Earlier this year the company said it would expand its same-day grocery delivery service to 100 markets by year-end, a move that could include leveraging Jet.com to make same-day deliveries in New York City and other markets where Walmart does not have a presence, according to the Wall Street Journal.

Interestingly, in the interview with The Telegraph of London, Belsham noted that his parents owned a toy shop when he was young that went out of business when Toys R Us opened nearby. Now, Belsham is going to work for a company that many say contributed to the decline of Toys R Us, which is in the process of liquidating its stores.

“Change is hard work at times, but if you don’t constantly break and fix things, then the world will change and you will be left behind,” Belsham told The Telegraph.