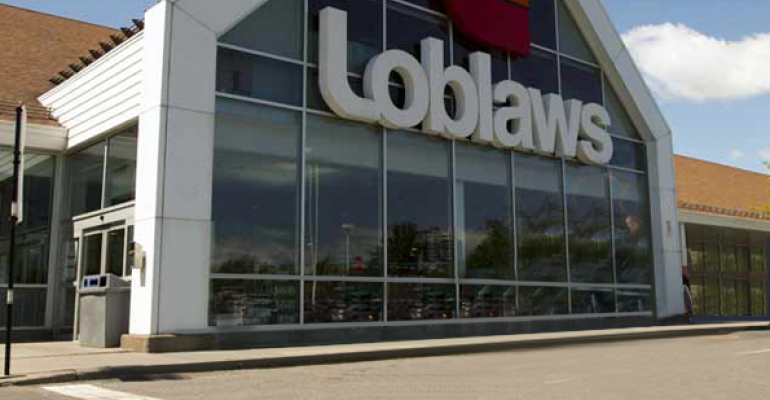 The executive change — one of several top-level transitions announced by the Brampton, Ontario-based retailer — is effective immediately.

Trius, president since August 2011, is leaving Loblaw for family reasons to return to his native Brazil. “Vicente has made an enormous impact on virtually every aspect of our business in the time that he has been with the company. Our businesses are stronger, our customer proposition more compelling, and our operating effectiveness much improved. He has set a strong foundation for the future.”

In a conference call Wednesday, Weston said the management changes compliment the evolution of Loblaw from a traditional grocer to a diversified company with related but distinct businesses including financial services, supermarkets, discount stores, drugstores and real estate.

Loblaw also on Thursday said that Domenic Pilla, president of Shoppers Drug Mart, would resign by the end of 2014 and be succeeded by Mike Motz, most recently Shoppers' chief merchandising officer. Weston said that Pilla played a pivotal role in the negotiation of the agreement to acquire Shoppers Drug Mart last year, but was leaving to pursue opportunities to lead a widely held public company.

• Richard Dufresne will assume the role of CFO of Loblaw, with key responsibilities of delivering the financial plan of the organization; achieving the targeted synergies related to the Shoppers Drug Mart acquisition; and de-leveraging the balance sheet. Dufresne will retain his role as CFO at George Weston.

• Sarah Davis, previously CFO, will become chief administrative officer, responsible for supply chain, IT, goods not for resale, Loblaw properties and strategy. Her key objective will be to deliver efficiencies across the organization, including those resulting from the implementation of SAP. Davis had served as CFO since 2010.

• Grant Froese, previously chief administrative officer, becomes COO. In this new role, Froese will be responsible for the operating performance of the market, discount and emerging business grocery operations, as well as the division support functions of control brands, e-commerce, and off-shore procurement.

“The changes announced today are based around two things,” Weston said. “First, a core senior leadership with an increased focus on strategy, capital allocation, the drivers of value creation, and talent development. And second, an increasing independence and accountability at the individual business level. This already exist with Choice Properties, President's Choice Financial and Shoppers Drug Mart. We will establish it more fully in the key food divisions of market discount and emerging business.”