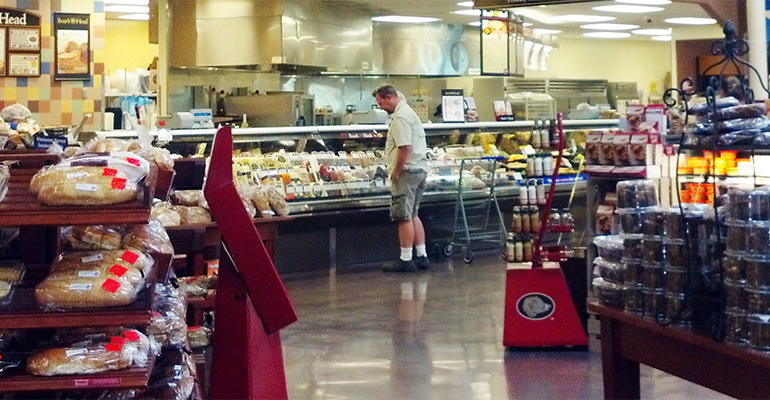 Amid a flurry of food safety warnings in recent weeks, the U.S. Department of Agriculture has issued a public health alert about beef, pork and poultry salads and wraps possibly contaminated with cyclospora.

The USDA’s Food Safety and Inspection Service (FSIS) said this week that the products, distributed by SpartanNash subsidiary Caito Foods, may still be in the refrigerators of consumers, putting them at risk because of the length of the cyclospora incubation period. 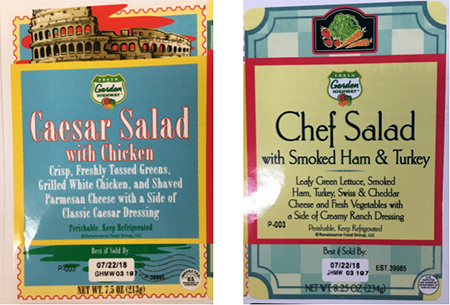 Indianapolis-based Caito and FSIS are working together to remove the products (left) from the market. The problem came to light when Caito was notified by Fresh Express, its lettuce supplier, that the chopped romaine used to manufacture some of their salads and wrap sandwiches was being recalled, the USDA reported.

More than two dozen products — sold at Kroger, Trader Joe’s, Walgreens and Gordon Food Service stores — are affected by the alert. The items include such brands as Garden Highway, Boar’s Head, Delish, Good To Go! and Trader Joe’s.

Illnesses might not have been reported yet because of the time it takes between when a person becomes ill and when the illness is reported, the USDA noted. The agency said the incubation period for cyclospora, an intestinal parasite, ranges from two to 14 days, which would include the dates of July 25 to August 6, and infections could take up to six weeks.

This latest warning follows a cyclospora infection outbreak in May and that was linked to salads supplied by Fresh Express to McDonald's. According to Centers for Disease Control and Prevention (CDC), 286 people in 15 states have become sick, and there have been 11 hospitalizations and no deaths.

Also on Wednesday, the Food and Drug Administration, CDC and USDA said they and other partners were investigating possible salmonella contamination of a whey powder used in an array of popular food products that have been recalled. Associated Milk Producers Inc. (AMPI), the maker of the whey ingredient, voluntarily recalled its product on July 25, which in turn led manufacturers to issue recalls as a precaution.

Other recent recalls include Hy-Vee Spring Pasta Salad, which the grocery chain recalled on July 17 because of possible salmonella contamination. The CDC said Wednesday that thus far 79 people from nine states have become ill, and 18 people have been hospitalized. No deaths have been reported.

And on June 14, Kellogg Co. recalled Kellogg’s Honey Smacks cereal due to potential salmonella contamination. One hundred cases of illness linked to the outbreak have been reported by 33 states, according to the CDC. Thirty people have been hospitalized, and no deaths were reported.