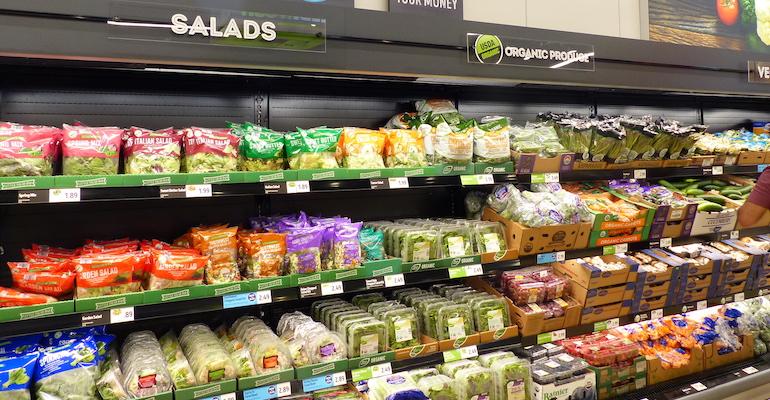 The Food and Drug Administration is investigating an outbreak of cyclospora in six Midwestern states that may be linked to packaged salad products from Hy-Vee, Aldi and Jewel-Osco.

“The U.S. Food and Drug Administration, along with the Centers for Disease Control and Prevention and state and local partners, have likely linked a new outbreak of illnesses caused by cyclospora to certain store-brand ‘garden salad mix’ products from Hy-Vee, Aldi and Jewel-Osco, predominantly in Midwestern states,” Frank Yiannas, deputy commissioner for food policy and response at the FDA, said in a statement. “The FDA is working with the companies to determine the source of the products, but in the meantime, we are issuing a public warning to consumers to avoid the identified products to prevent additional infections.”

As of June 19, illnesses potentially linked to the cyclospora outbreak totaled 76, including 16 hospitalizations, according to the FDA. No deaths have been reported. States with cyclospora infection cases included Iowa (28), Illinois (23), Minnesota (10), Missouri (seven), Nebraska (seven) and Kansas (one). 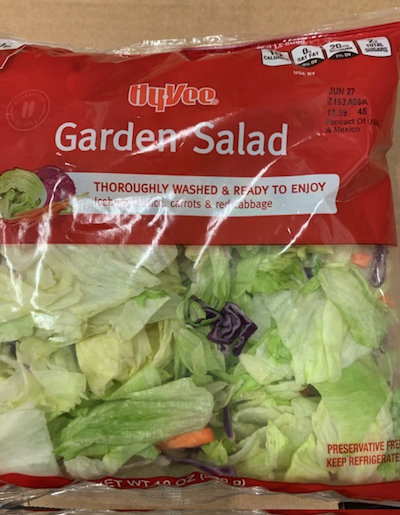 West Des Moines, Iowa-based Hy-Vee said Saturday that it learned of the potential cyclospora contamination when Fresh Express, which manufactures its store-brand garden salad mix product, announced that the FDA and CDC have been investigating an outbreak in the upper Midwest region. The inquiry flagged certain products linked to the outbreak, including Fresh Express private-label items sold at retailers across the country that were impacted, including one for Hy-Vee.

Hy-Vee noted that it hasn’t received any reports of illness due to consumption of its store-brand bagged garden salad. Customers who bought the product are being urged to discard it or return it to their local Hy-Vee store for a full refund.

The recalled Signature Farms Garden Salad was sold in 12-oz. bags in the produce section, Jewel-Osco reported. The affected products have “best if used by” dates of May 16 to July 4, a UPC code of 21130 98135 and a plant number of S5417.

Aldi said Monday that, "out of an abundance of caution and in cooperation with Fresh Express," the retailer has pulled Little Salad Bar Garden Salad from select stores because of potential cyclospora infection. The product was sold in a 12 oz. bag and has a UPC code of 4099100082975 and "best by" dates of May 1 to June 29. Aldi removed the item from stores in Illinois, Indiana, Iowa, Michigan, Minnesota, Missouri, Wisconsin, South Dakota and Wisconsin.

"No other Aldi products are affected," Batavia, Ill.-based Aldi U.S. said in a statement. "If customers have the affected Little Salad Bar Garden Salad, they should discard it immediately. Aldi sincerely regrets any inconvenience and concern this voluntary recall may cause."

The FDA said its advisory is only for the specified store-brand “garden salad mixes” and not for other types of store-brand packaged salads sold at the three retailers.

“While there is no widely available method to DNA-fingerprint cyclospora, the epidemiologic investigation has identified grocery stores and products linked to illnesses caused by this parasite,” Yiannas stated. “The FDA continues to stand ready to respond to outbreaks of foodborne illness, and we will update consumers as our investigation continues.”

The FDA added that it has initiated a traceback investigation to determine supplier and distributor information to find the cause and source of the cyclospora outbreak, and that additional retailers and products may be impacted.