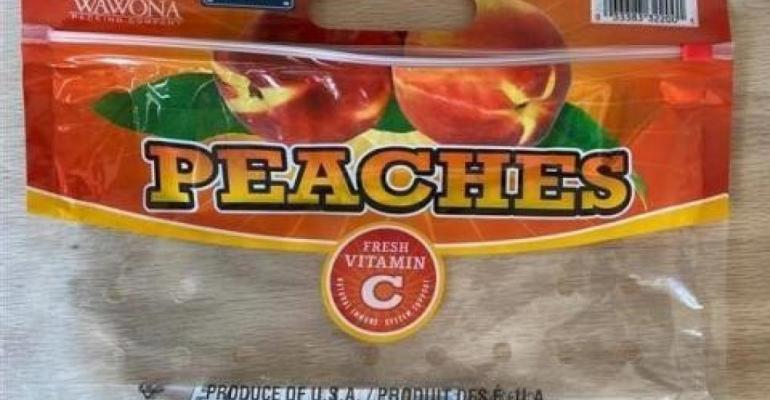 Peaches recalled in more than 20 states in Salmonella investigation

The bagged peaches were distributed and sold in supermarkets with the following product codes:

“We’re conducting this voluntary recall in cooperation with the FDA out of consideration for the wellbeing and safety of our customers and consumers,” said George Nikolich, Vice President Technical Operations. “We continue to be committed to serving consumers with high quality fruit.”

The Food and Drug Administration on Saturday said, "Consumers, restaurants and retailers should not eat sell or serve recalled peaches packed or supplied by Prima Wawona” until further notice.

Consumers who have peaches at home and can't remember when they bought them or which brand they are should discard them, the FDA said.

The CDC says 68 cases of salmonella in nine states were linked to this recall as of Aug. 19, with 14 hospitalizations.

According to the CDC, salmonella can cause fever, diarrhea, nausea, vomiting, abdominal pain and, in extreme cases, death. Symptoms typically develop between six hours and six days after being exposed to the bacteria, and the illness typically lasts between four and seven days with most people recovering without treatment.