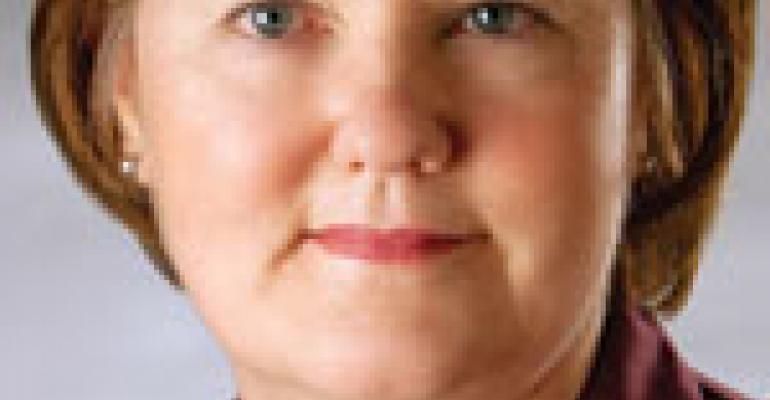 In the wake of at least nine deaths, nearly 700 illnesses and more than 3,800 recalls tied to unsanitary conditions at processing plants operated by the Peanut Corp. of America, the role of the third-party auditing companies hired to vet the food safety practices of food manufacturers and processors has come under increasing scrutiny. In particular, audits of PCA's plants in Blakely, Ga., and Plainview,

In the wake of at least nine deaths, nearly 700 illnesses and more than 3,800 recalls tied to unsanitary conditions at processing plants operated by the Peanut Corp. of America, the role of the third-party auditing companies hired to vet the food safety practices of food manufacturers and processors has come under increasing scrutiny.

In particular, audits of PCA's plants in Blakely, Ga., and Plainview, Texas, performed last year by AIB International (originally the American Institute of Baking), Manhattan, Kan., which gave both facilities a superior rating, have raised questions about the efficacy and objectivity of these audits as a tool for safeguarding the nation's food supply.

“How could a facility that was in such deplorable condition receive such glowing reviews?” asked Rep. Henry A. Waxman, D-Calif., chairman of the Committee on Energy and Commerce, in reference to PCA's Texas plant, at a hearing on March 19.

David Mackay, president and chief executive officer of Kellogg Co., Battle Creek, Mich., testified at the hearing that it relied on positive AIB audits of PCA's Georgia plant in 2007 and 2008. “None of the Salmonella or hygiene issues that have been reported by regulators over the past several months were noted in any of the audit reports provided to Kellogg,” he said. Kellogg has recalled more than 7 million cases of products linked to PCA at a cost of between $65 million and $70 million, he added.

In the aftermath of the peanut-product recalls, Costco Wholesale Corp., Issaquah, Wash., stopped accepting audits conducted by AIB, which had been limited to those done at bakery plants, said R. Craig Wilson, assistant vice president and director of food safety and quality assurance for the club outlet. “The investigative smoke has to clear” before Costco will resume using AIB audits, he said. PCA, which has filed for Chapter 7 liquidation, is the subject of a criminal investigation into its handling of Salmonella-infected products.

Brian Soddy, vice president of marketing and sales for AIB International, defended the company's approach to auditing PCA. “It involved checking documents, making sure programs are in place, checking equipment, the interior and exterior, at a single point in time,” he told SN. “It's a partnership and an educational process where we point things out to the [facility's] staff.” He said that Eugene Hatfield, the auditor of PCA's Georgia plant and the focus of a critical article in the March 5 edition of The New York Times, was “highly qualified” and “did nothing wrong.”

In January, AIB began updating its standards to lengthen the time it spends in audits, such as from one day to two, Soddy said, adding that the changes were not in response to the PCA audit.

Another third-party auditing firm that inspected PCA's Georgia plant in April 2008, NSF Cook & Thurber, Ann Arbor, Mich., found “21 areas of noncompliance, resulting in a score of 91,” said Tom Chesnut, vice president, NSF supply chain food safety and quality. That score “placed PCA at the bottom quartile of all audits conducted in 2008,” he added. NSF Cook & Thurber provided this information to its client, which Chesnut declined to name. (The client was identified by The New York Times as insurance giant American International Group, which declined to confirm or deny that report.)

Auditing firms are seeking accreditation by GFSI groups such as SQF to demonstrate that they subscribe to global auditing standards. Many suppliers are also asking for audits based on those standards, and a number of retailers are requiring their suppliers to be audited according to those standards.

Jill Hollingsworth, group vice president, food safety, SQFI, emphasized that SQF audits are designed to meet a rigorous set of requirements that “dig deeper” into safety conditions. “The reason we developed SQF is because we recognized that traditional auditing systems are inadequate for assessing how well a company is implementing food safety programs,” she said. The audits done at the PCA facilities, she added, were “not the same as the auditing done under accredited certification programs” like SQF.

According to SQF, it has been supported by “an increasing number of U.S. and international retailers, many of whom are expressing a preference for SQF-certified suppliers.” The list of SQF supporters includes Wal-Mart Stores, Safeway, H.E. Butt Grocery, Supervalu, Publix Super Markets, Stop & Shop, Food Lion, Hannaford Bros. and others.

Hannaford Bros., Scarborough, Maine, requires its private-brand suppliers to be certified by one of the four globally recognized GFSI standards, which in the U.S. is most commonly SQF followed by BRC, said Cory Hedman, the chain's director of quality assurance and food safety. “One of the strengths and requirements of the GFSI system is that an audit company cannot also act as a consultant, which could cause a conflict of interest.”

Costco, on the other hand, does not use SQF audits, preferring to apply its own process to the selection of auditing companies, said Wilson. Moreover, Costco, like many retailers, often does not rely on third-party audits alone in evaluating suppliers. “We also use our own inspections,” which include “micro-studies on ingredients for all fresh foods.”

At its website, www.sqfi.com, SQF maintains a list of the licensed certification bodies qualified to carry out SQF-approved audits. This list includes AIB International, as well as 13 other auditing companies. SQF's website also displays a list of licensed SQF auditors (the people who conduct the audits), which includes eight auditors from AIB. SQF auditors are required to have expertise in particular product categories.

Thus, an SQF audit would have to be carried out by a licensed SQF auditor working for an SQF-licensed certification body. Suppliers that pass such an audit — Kellogg is one example — are placed on SQF's list of SQF-certified suppliers.

Auditing companies need to complete an accreditation process to secure a spot on SQF's list of licensed certification bodies. AIB has not completed this process, but has applied to be accredited for SQF by the American National Standards Institute, New York; ANSI plans to conduct its assessment of AIB in late April, according to Liz Austin, director of communications and public relations for ANSI. “[AIB's] current situation will certainly be one of the components analyzed under the scope of the standard, as will their training programs, corrective/preventative actions process, and complaint resolution process.”

Hollingsworth explained that although AIB is not yet accredited for SQF, it appears on SQF's list of licensed certification bodies because it has been accredited under fellow-GFSI certification body BRC. “SQF and BRC follow the same rules for audits,” said Hollingsworth. “We know AIB is able to meet our accreditation requirements because they've already done it for BRC.”

While BRC and SQF both operate under the GFSI, each organization “validates and monitors each auditing company and individual that works for them individually,” said Catherine Francois, spokeswoman for Paris-based CIES — the Food Business Forum, which manages GFSI.

Until it is fully accredited for SQF, AIB has to identify itself as a provisional SQF certification body when asked to conduct an SQF audit, Hollingsworth said.

SQF audits require companies to present up to a year's worth of documentation on employee training, control systems, cleaning programs and pest control, among other areas. Auditors also do an on-site inspection with a plant employee “who is fully aware of SQF requirements and could explain the quality control system,” said Hollingsworth. Audited companies also need to document any corrective actions.

SQF auditors are not required to conduct their own microbiological tests at a plant. “It's very unreliable to take one or two samples on a given day as a measure of food safety,” said Hollingsworth. “Testing is most helpful when samples are taken repeatedly and over time to determine if there is a pathogen problem. The company should be monitoring their product — the audit verifies that the company is doing the testing.”

If an audited company said it has done microbial tests, “we would want documentation to prove that,” said Hollingsworth. By contrast, in its audit of PCA's Georgia facility last year, while AIB's auditor checked whether PCA had a program in place to look for contamination, he did not ask to see the results of the program, said AIB's Soddy. The Food and Drug Administration found earlier this year that the plant ran several positive tests for Salmonella in 2008.

NSF Cook & Thurber did ask to see PCA's microbial test results as part of its audit, but was not given access to any positive Salmonella results, said Chesnut. The FDA has reported that it was only able to secure those results in its January inspections by invoking the federal Bioterrorism Act.

At the Energy & Commerce Committee hearing on March 19, Rep. Bart Stupak, D-Mich., chairman of the Oversight & Investigations Subcommittee, criticized the “cozy relationship” between AIB and PCA, pointing out that PCA paid AIB for its services — “an inherent conflict of interest.” He also cited an email sent by Hatfield, AIB's auditor, to the manager of PCA's Georgia plant, Sammy Lightsey, in which Hatfield said, “You lucky guy. I am your AIB auditor. So we need to get your plant set up for any audit.”

Giving a plant advance notice that an auditor is coming is a common procedure in the food industry, according to Soddy of AIB. Advance notice is also part of the SQF process. “When we do audits, we want to be sure that the people we most need to talk to and participate in the audit are available,” said Hollingsworth. In addition, she said, “an SQF audit is very comprehensive and it really isn't possible to get a facility ready for an SQF audit in just a few days.”

In a “guidance for industry” on third-party certification programs issued in January, the FDA said that certification bodies should communicate the dates of an initial audit, but added that “the certification body should have the right to perform unannounced audits as appropriate.” The FDA is evaluating how third-party auditing companies can supplement the agency's efforts.

Auditing firms are allowed to be paid by the companies they are auditing under SQF guidelines, though the firms are required to “demonstrate that they don't have a conflict of interest,” Hollingsworth said. “Certification companies know they would jeopardize their accreditation status if they falsified or provided an inaccurate reflection of what they found in an audit.”

Michael Doyle, director of the Center for Food Safety, University of Georgia, Griffin, said that GFSI-led groups like SQF represent a “step in the right direction.” However, he contended that greater government oversight of auditing and lab testing firms will be needed to “fully instill consumer confidence.” Consumers, he added, may perceive industry-led certification programs as “the fox overlooking the chicken house.”

These auditing companies have been accredited to perform SQF audits when requested to do so.
SOURCE: SQF Institute

These 4 tools can help restaurants combat the effects of coronavirus
Mar 12, 2020

Does a growing number of labels on natural foods lead to certification fatigue?
Nov 26, 2019