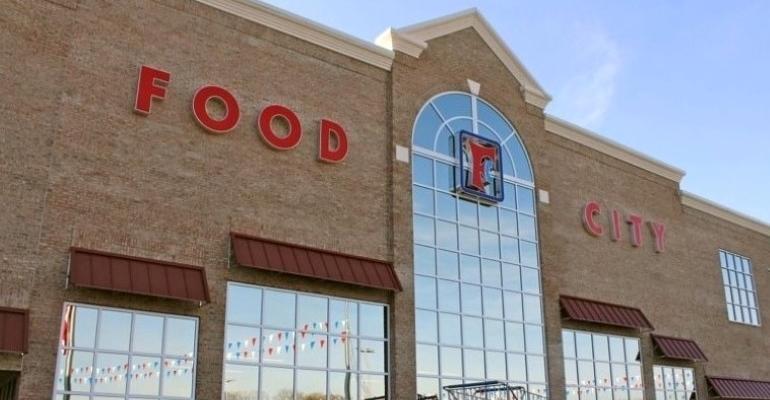 Store pilot to use blockchain solution from Mastercard, Envisible

Mastercard said Monday that, under the initiative, its blockchain-based Provenance Solution will power Envisible’s Wholechain traceability system to help Topco members’ supermarkets trace and highlight the origin of seafood. The test will start with Food City, part of Abington, Va.-based K-VA-T Food Stores, which operates more than 130 stores overall.

“Using Envisible Wholechain, powered by Mastercard, our grocers will be able to stock shelves with confidence and also be able to pinpoint issues in the food chain during any unfortunate events such as recalls,” Dan Glei, executive vice president of merchandising and marketing at Food City, said in a statement. 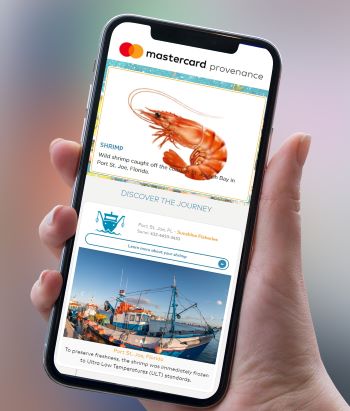 The Mastercard-Envisible system is slated to provide more visibility — to the retailer and its customers — into the ethical sourcing and environmental compliance of the seafood sold at Food City stores. The first species to be tracked will be salmon, cod and shrimp. (Mobile app photo courtesy of Mastercard.)

“Given consumers’ expectations for reliable information about the food that they eat, we’re excited to partner with Food City and Envisible on this trace and provenance solution pilot, and the promise of Envisible’s Wholechain solution,” commented Scott Caro, senior vice president of fresh at Topco. The Elk Grove Village, Ill.-based cooperative has about 50 grocery retail and wholesale members.

In the pilot of the Mastercard-Envisible supply chain platform, Food City shoppers will see QR codes on seafood items and, using the Wholechain mobile app, can scan the codes with their smartphone camera to get more information on where the fish originated and how it got to store. The retailer also will be able to view supply chain data via the app as well as an online dashboard.

“The identity of things is becoming even more important as consumers raise demands for transparency,” according to Deborah Barta, senior vice president of innovation and startup engagement at Purchase, N.Y.-based Mastercard. “Our Provenance Solution leverages Mastercard’s established network capabilities, globally scaled technology and services, such as payments and counterfeit programs. This allows us to deliver trust, financial inclusion and back-end efficiencies to the marketplace.”

Mastercard, a leading blockchain solution provider, and Envisible, a food track-and-trace software specialist, announced their partnership yesterday at the Money 20/20 conference in Las Vegas. The companies noted that consumers increasingly want to know about the source and the journey of the produce, meat and seafood they put on their table.

“The sheer volume of global trade makes it difficult to track the journey and authenticity of food,” stated Mark Kaplan, partner at Bloomfield Hills, Mich.-based Envisible. “We’re excited that Mastercard shares our vision and is driving consumer trust by bringing its significant expertise in using technology at scale with commercial-grade processing speeds, data flexibility and privacy, and security standards to an area that has previously been considerably opaque.”