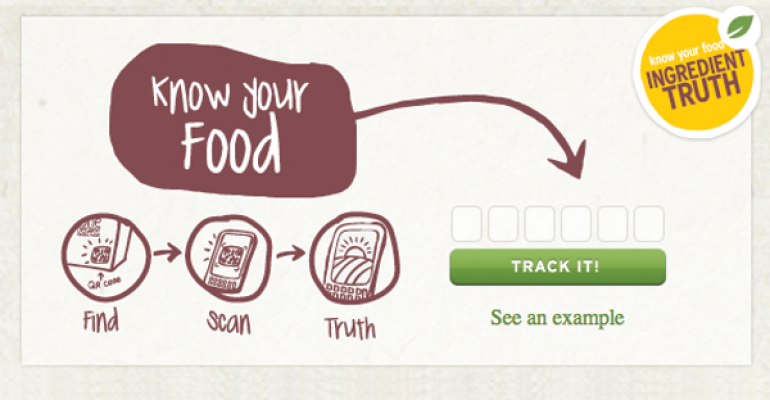 Traceback has been part of the modern food industry’s lexicon since the big recalls of the late 1990s. Implementing protocols to track an ingredient or commodity back to its source is even part of the Food Safety Modernization Act.

That part of FSMA is still in the works, as the Food and Drug Administration develops guidelines. In the meantime, a growing number of manufacturers are introducing consumer-facing traceback programs that help connect shoppers with the people behind the product.

“We want to demonstrate that, in this jar — something you may have taken for granted for years and years — is a story that might go back to 1865, like Shadow Hill Farms in Oregon,” said Josh Reynolds, president of Gray & Company, a supplier of maraschino cherries.

The company’s newest brand, CherryMan Farm to Market Maraschinos, includes a QR code on the label that allows purchasers to see which farm grew the cherries in their container. Shadow Hill is one of 15 family-owned farms approved for the new line.

Traceback was a founding principle at One Degree Organic Foods, where it is called “100% ingredient truth,” according to Danny Houghton, vice president of marketing and sales.

Packages of the bread, seed and grain products made by the company also include a QR code for consumers to scan. The software platform takes them to farmer-specific media profiles that include in-the-field video interviews, photo essays and a magazine-length feature on the farm.

“By providing this context of where, how and who is growing it, we empower the customer to make an informed decision about what they’re putting in their body,” said Houghton.

Both companies say their present efforts are scalable and designed to adapt to changing requirements, including FSMA. For now, it’s all about the demands of consumers.

“We all want to respond to our customer market,” said Reynolds, “and if the government catches up, great.”