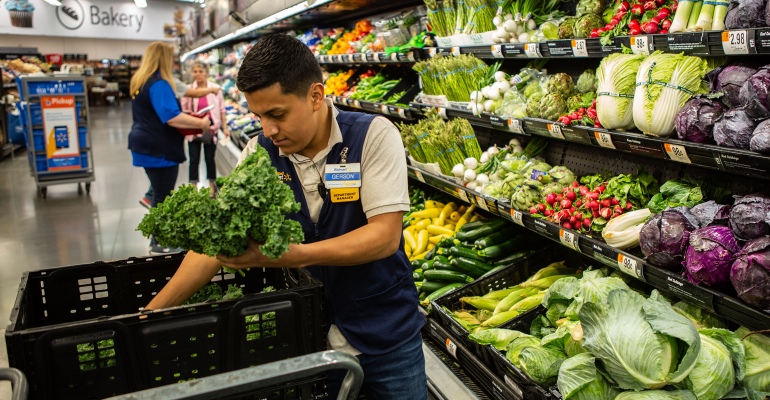 Walmart requires suppliers to use traceability system for leafy greens

IBM blockchain network can track down product source in seconds

Walmart has unveiled a new food safety program that will require suppliers of fresh leafy greens to use a blockchain-based solution the retailer piloted with IBM.

Walmart and Sam’s Club yesterday sent letters to suppliers of these products to inform them of the change. Suppliers will be required to capture digital traceability event information using the IBM system and be up and running on the network in about a year.

The timetable set by Walmart allows direct suppliers to comply in two phases: one-step back traceability on the blockchain network by Jan. 31 and end-to-end traceability back to the farm by Sept. 30, 2019.

“Customers trust us to help them put quality food on their tables for themselves and their families,” Charles Redfield, executive vice president of food for Walmart U.S., said in a statement. “We have to go further than offering great food at an everyday low price. Our customers need to know they can trust us to help ensure that food is safe. These new requirements will help us do just that.” 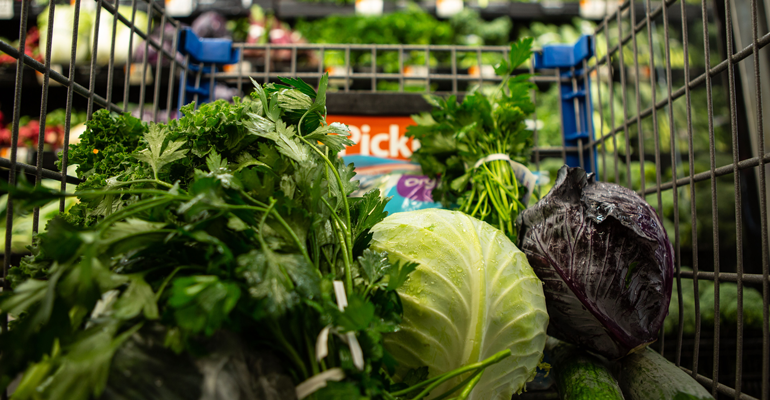 “Although the FDA and CDC were able to inform consumers, producers and retailers that the romaine lettuce associated with illnesses came from the Yuma (Ariz.) growing region in general, health officials and industry professionals were unable to quickly determine which lots were affected and which were not,” Walmart explained in the supplier letter. “This resulted in millions of bags and heads of romaine lettuce having to be removed from the marketplace and a loss of consumer confidence in romaine lettuce, regardless of growing region, as well as negatively affecting the economic livelihood of many, including farmers.”

The company reported that the outbreak led to 210 confirmed cases of E. coli infection and caused 96 hospitalizations and five deaths.

“It was difficult for consumers to know how to determine where their lettuce was grown,” according to Frank Yiannas, vice president of food safety at Walmart. “None of the bags of salad had ‘Yuma, Arizona’ on them. In the future, using the technology we’re requiring, a customer could potentially scan a bag of salad and know with certainty where it came from.”

Technology that enables leafy greens and other products to be traced back to the source quickly during an outbreak can minimize the consumer health impact and reduce losses of uncontaminated products incorrectly linked to an outbreak, Walmart noted in the letter. In addition, such capability would allow health officials to conduct faster, more comprehensive root-cause analysis to aid future prevention efforts.

“Walmart believes the current one-step-up and one-step-back model of food traceability is outdated for the 21st century and that, by working together, we can do better,” the company told suppliers.

Walmart and a number of its suppliers, including Dole Fresh Vegetables, tested the IBM solution over the past 18 months. Using the IBM blockchain technology, the participants found they could cut the time it takes to track a food item from a Walmart store back to source in seconds instead of days or even weeks, the Bentonville, Ark.-based company said.

“The food system is absolutely too large for any single entity to [track],” Yiannas explained. “We’ve been working with IBM to digitize that so the information is captured on the farm with a handheld system. It’s [also] captured at the packing house at the supplier.”

To help suppliers get going on the IBM Food Trust network, Walmart and IBM have provided instructions at http://ibm.com/food/getstarted. The companies also have posted a list of frequently asked questions and plan to post prerecorded webinars to explain the new requirement and how suppliers can comply.