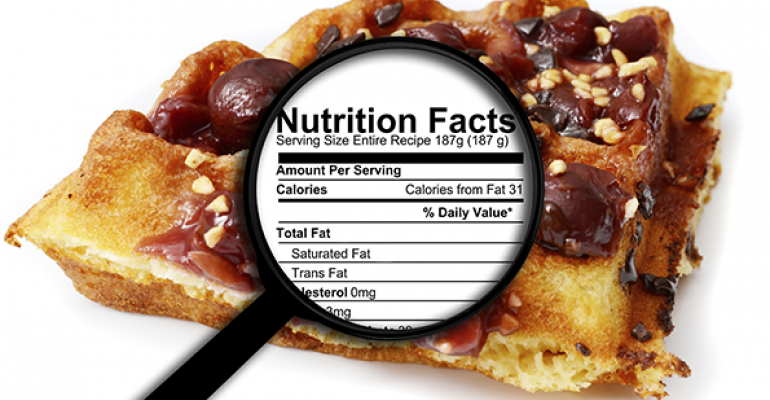 After beginning the process of sifting through FDA’s 395-page menu labeling final rule, industry groups say they are still unclear about what food items are covered, and they worry about the cost and speed of compliance.

“And there’s no question that there’s going to be a lot of confusion. First off, why grocery stores are in a chain restaurant menu labeling law. But then also what foods are covered, what foods are not covered, how do you go about labeling this information, how do you even find the nutritional information,” said Rob Rosado, FMI’s director of government affairs.

The rule does outline certain specific items for which grocery stores do or do not need to provide calorie labels. For example, sandwiches ordered from a set menu must be labeled but custom sandwich orders don’t have to be.

If a customer purchases a container of potato salad not intended for individual consumption, it doesn’t need a calorie label, but the self-service salad bar must post calorie counts on a sign nearby — unless those salads are offered less than 60 days of the year.

“So it isn’t simple and straightforward but I think it is clear in terms of what kinds of food products under what circumstances are covered,” FDA commissioner Margaret Hamburg said on a media call this morning.

However, some chains may have different recipes for certain items at different locations.

“So if I say I have chicken soup at 20 locations and I make it differently in all 20 locations, is that standardized or not? I’m not sure,” said Rosado.

FDA plans to work with industry groups and individual companies to answer questions about compliance.

While FMI welcomes the chance to work with FDA going forward, “We just wish that we would have had the opportunity to talk with FDA sometime between the proposed rule and the final rule being released,” said Rosado.

Despite earlier fears that grocery stores that are part of a cooperative would be covered by the rule, FDA said that’s not the case.

If that’s the case, the National Grocers Association is happy about it, said Laura Strange, the organization’s director of communications and marketing, but noted "we're still disappointed that grocery stores were captured in the rule at all."

One of the biggest concerns about complying with the rule is the cost of conducting a nutrition analysis for every item.

“Nobody is going to try to comply with a FDA regulation by using a website or a software. They’re going to need to go to a nutrition lab and get the food tested so they have a label that stands up to the law,” said Rosado. FMI members estimate it will cost $750 to $1,500 per item to conduct the tests.

Both FMI and NGA said one unintended consequence of the rule is that stores may stop introducing creative recipes in order to standardize an item and limit the number of nutrition analyses.

Complying with the menu labeling rule in the next year, as required by FDA, will also be challenging, the groups said.

“I think that’s a pretty short timeframe to implement what could be a fairly costly, comprehensive, burdensome regulation,” said Greg Ferrara, NGA’s VP of public affairs.

The two groups are looking to Congress to pass some form of the Common Sense Nutrition Disclosure Act, a bill introduced in both the House of Representatives and the Senate last year that would limit menu labeling to restaurants.

NGA hopes Congress will act by the end of the year before the 113th session ends. “And then of course if not, we’ll certainly look at our legislative options for the 114th Congress,” said Strange.

If there is action in 2014, NGA may ask retail members to contact their legislators about the impact of the rule on their businesses.

11/26/14 Editor's Note: This story was updated to add to and clarify Laura Strange's response to the rule's impact.