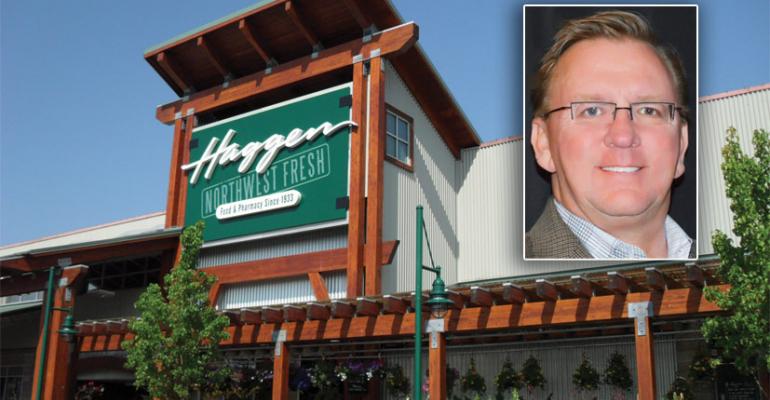 Haggen Inc. is about to launch a store remodel that it anticipates will serve as a prototype for future remodels.

“We’re very proud of what we’ve done over the last two years as we’ve remodeled 12 stores, and we’ve learned a lot,” Clement Stevens, co-president of the 20-store chain, based in Bellingham, Wash., told SN.

According to Stevens, Haggen spent the last two years going through its store base and eliminating seven underperforming stores as it remodeled 12 others. “The focus going forward is on growing customer count,” he said.

“In previous remodels we’ve focused more on aesthetics rather than differentiating our offering. Our goal going forward is to focus more on making the customer’s experience come to life, and the next remodel — in Woodinville, Wash. — will be our best learning opportunity so far.

“That store will have a very differentiated offering, and we expect to learn a lot from it. In fact, we think the remodel there offers us an opportunity to do anything we want and to learn what works.”

The 74,000-square-foot Woodinville store, near Seattle, will include an expanded HBC section with the chain’s first assortment of natural products and nutraceuticals; an expanded cheese counter tied in with a variety of local wines; a pizza counter offering made-to-order bake-at-home pizzas; and a coffee shop featuring fair-trade coffee and organic drinks.

Stevens said the Woodinville store — which currently operates under the Tops Food & Drug banner — is an ideal testing ground because it’s located in a relatively affluent area with a well-educated population base and is already one of the company’s highest volume units.

The remodel was scheduled to begin this month, with a grand opening under the Haggen Northwest Fresh banner set for March.

Having completed upgrades at 12 of its 20 stores, the company has remodels scheduled for four stores during the first half of this year, encompassing Tops locations in Woodinville, Puyallup, Grays Harbor and Edmonds, Wash.

As it begins remodeling Woodinville, the goal, Stevens said, is “to slow customers down by making the store more interesting.

“That’s certainly the purpose of the new HBC offering. We plan to get out of the comfort zone that most grocery operators are in and create something customers can feel good about browsing and shopping,” he explained.

The section will expand by about 20%, to 150 linear feet, and feature natural and organic body care and hair products from local vendors, plus vitamins and supplements Haggen doesn’t currently carry.

The HBC area will also feature different lighting and shelving “that we think will draw customers into the section,” Stevens noted.

If the expanded HBC offerings are deemed successful, Stevens said Haggen will expand them to other stores in the chain. “We think we’ll know inside of a month after the store reopens how successful the section is,” he said.

Sales at Haggen’s 20 stores are about $400 million annually, sources said.

In the two years since the chain began upgrading its store base, Stevens said, it’s seen average sales increases per store of 2% to 5%, though he declined to project specific increases at Woodinville.

He said the company expects to begin remodeling its Puyallup store in March with many of the same offerings as at the Woodinville store “because there’s plenty of room to put in many of those features.”

However, the Grays Harbor store, whose remodeling is scheduled to start in May, is smaller and features different demographics, he noted.

Sidebar: 'Stores Within a Store' at Woodinville Haggen

In addition to an expanded HBC assortment, other highlights of the Woodinville remodel will include new merchandising strategies for prepared foods, coffee and cheese, Clement Stevens, co-president of the 20-store chain, based in Bellingham, Wash., told SN.

• The addition of Zaw Pizza, a Seattle-based company that makes bake-at-home pizza using seasonal, organic and locally grown ingredients. The company, which operates nine free-standing locations, opened its 10th in the Woodinville store late last year, before the remodeling got under way.

• Cheese shops, operated by Haggen. While the chain offers cheese sections at other stores, the one in Woodinville will be “a little more of a store-within-a-store,” Stevens said, “located near the front entrance and offering a wide variety of fresh-cut cheeses and a cheese specialist on duty.

“Haggen has always done well with cheese, but we will highlight it more at Woodinville and will assign additional labor to the section so our people can talk to customers.”

Haggen intends to merchandise wines in the cheese area from vineyards in western Washington — an area Stevens said is often called “the Napa Valley of the Northwest.”

“And we’re also talking about adding some high-end chocolates,” he added.