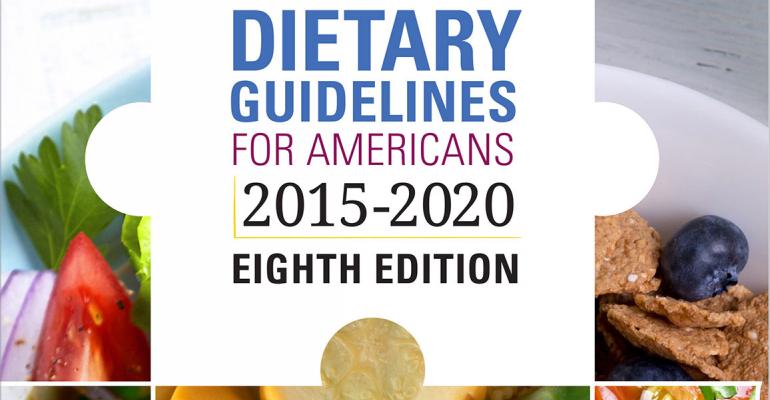 &ldquo;Just as in the past we recommend eating more fruits and vegetables, whole grains, lean proteins and limiting the amount of saturated fat, added sugars and sodium.&rdquo; &mdash;SYLVIA BURWELL, Health and Human Services secretary

The food industry reacted positively Thursday to the release of the 2015-2020 Dietary Guidelines for Americans, which recommends specific limits on sugar and saturated fat consumption, and that teen boys and men eat less protein and more vegetables.

“Just as in the past we recommend eating more fruits and vegetables, whole grains, lean proteins and limiting the amount of saturated fat, added sugars and sodium,” explained Department of Health and Human Services Secretary Sylvia Burwell during a media call. “More specifically, the guidelines recommend that no more than 10% of your daily calories come from added sugars. They also advise that we should consume no more than 2,300 milligrams of sodium per day, while most Americans eat around 3,400 milligrams.”

While underscoring the importance of the guidelines’ recommendation to increase consumption of fruits and vegetables in particular, United Fresh urged policymakers to align the guidelines — which are used to inform federal nutrition programs like SNAP and Meals on Wheels — to increase access to these foods.

Meanwhile, The American Frozen Food Institute highlighted the guidelines' determination that nutritional needs should be met primarily from foods, with fresh, canned, dried and frozen forms being adequate.

“AFFI applauds the administration for recognizing the benefits of all forms of fruits and vegetables — frozen, fresh, canned, dried and 100 percent juice — in achieving and maintaining healthy dietary patterns. The Dietary Guidelines for Americans have a broad reach and it is important they reflect sound science,” said AFFI’s interim president Joseph Clayton, in a statement.

“As confirmed by Frozen Food Foundation-commissioned nutritional studies conducted by the Universities of Georgia (UGA) and California Davis (UC Davis), frozen fruits and vegetables are as rich in nutrients, and often more so, than fresh stored produce."

Despite a recommendation that teen and adult males “need to reduce overall intake of protein foods by decreasing intakes of meats, poultry, and eggs and increasing amounts of vegetables or other underconsumed food groups," The North American Meat Institute praised the recommendations' affirmation of meat and poultry nutrition.

“Meat and poultry products are among the most nutrient dense foods available. They are rich sources of complete protein, iron, zinc and B vitamins, and many peer reviewed studies show the contributions they make to healthy diets and the potential deficiencies that can occur when people exclude animal proteins,” said Meat Institute president and CEO Barry Carpenter, in a statement. “The Dietary Guidelines confirm that a variety of dietary patterns can be followed to achieve a healthy eating pattern. Consumers who choose to eat meat and poultry, as 95 percent of Americans do, can continue to enjoy our products as they have in the past.”

Sean McBride, founder and principal of DSM Strategic Communications noted that packaged goods manufacturers will likely respond to the guideline to limit added sugar consumption to 10% of calories, with product reformulations and other strategies.

“Food and beverage companies and private label manufacturers pride themselves on keeping their finger on the pulse of their consumers and giving them the products they need to achieve a healthy diet. They have already introduced more than 5,000 products with less sugar and will likely accelerate their R&D and promotional efforts in 2016 to meet the needs of consumers seeking to meet the 2015 Dietary Guidelines recommendations on sugar intake and other nutrients."

The industry watchdog Center for Science in the Public Interest praised specific recommended limits on added sugars and saturated fat, and called the advise in the guidelines “sound, sensible, and science-based,” while criticizing the choices made available by the food industry.

“The problem is that the food industry has continued to pressure and tempt us to eat a diet of burgers, pizzas, burritos, cookies, doughnuts, sodas, shakes, and other foods loaded with white flour, red and processed meat, salt, saturated fat, and added sugars, and not enough vegetables, fruit, and whole grains.”

CSPI president Michael Jacobson also addressed the controversial absence of guidance related to the consumption of less red and processed meat to protect Americans' health and the environment, which was recommended last February by the expert panel advising the government, much to the chagrin of the meat industry.

“Though the final Guidelines does not address environmental sustainability, the overall advice on eating less meat indicates USDA and HHS partially resisted the political pressure, according to CSPI,” said Jacobson.

Guidelines at a glance 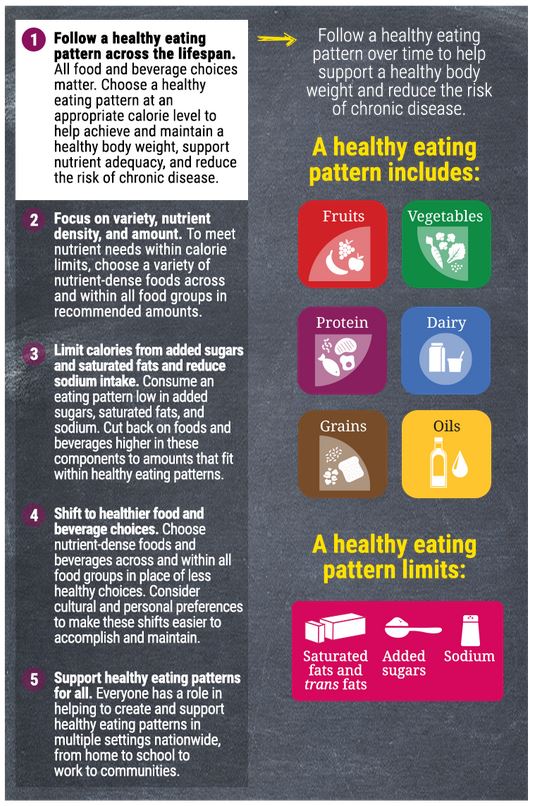