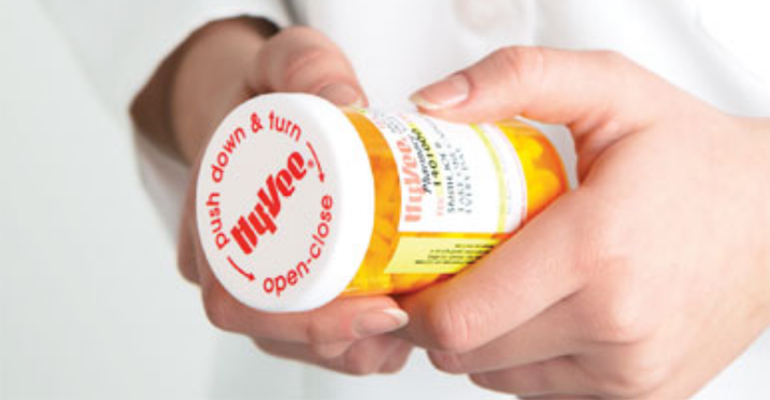 Hy-Vee gave a thumbs-down to the Centers for Medicare & Medicaid Services (CMS) for a rule update that excluded reform on rising direct and indirect (DIR) remuneration fees in the Medicare Part D program, which are financially squeezing pharmacies.

In a statement, Hy-Vee Chairman and CEO Randy Edeker noted that CMS has acknowledged that DIR fees have skyrocketed 45,000% since 2010 and, in some cases, have tripled since last year.

DIR fees refer to post-point-of-sale compensation received by pharmacy benefit managers (PBMs) and Part D plan sponsors for prescription drugs. Used in the calculation of final Medicare payments to Part D plans, these fees primarily are rebates paid by drug manufacturers but also include concessions paid by pharmacies, such as pay-for-performance network fees and reimbursement reconciliations. As a result, DIR fees affect the final cost of a drug for payers and the price paid to pharmacies for a drug. 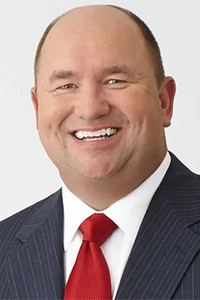 “Hy-Vee is urging lawmakers to support immediate action to reform the use of pharmacy direct and indirect remuneration (DIR) fees, also known as pharmacy price concessions, in the Medicare Part D program. We are shocked that the final rule published on May 17, 2019, by the Centers for Medicare & Medicaid Services (CMS) did not include this much-needed reform, despite countless meetings and discussions,” Edeker (left) stated. “We find it outrageous that DIR fee relief was not included in this year's rule, because it is absolutely critical for the sustainability of pharmacies across the U.S. to meet the needs of our patients.”

A key focus of retail pharmacy industry efforts to crack down on DIR fees has been a lack of transparency for these costs and the fact that they’re often charged retroactively, after the point of sale for drugs dispensed to seniors under Part D. Small pharmacies have especially felt the financial impact.

“These fees are being inappropriately used by Medicare Part D plans and their pharmacy benefit managers (PBMs) to claw back reimbursements from pharmacies for the prescription medications that they provide to Medicare beneficiaries. We believe CMS should act to stop a practice that is not legal under current rules. If action is not taken, it inflicts even more of a catastrophic burden on our customers and our pharmacies,” Edeker explained. “Pharmacies are closing every day because of the increasing use of these fees, leaving senior citizens with no access to a pharmacy for their medications. Hy-Vee cannot be one of them, predominately because of the disruption this would create for our older customers, specifically those who live in rural communities and have no other option for a pharmacy.”

“We urge lawmakers to communicate to CMS the need to take immediate action on pharmacy DIR reform. Specifically, we ask for lawmakers to support the Phair Pricing Act (S. 640) that would achieve many of our proposed DIR reforms and save patients billions of dollars while eliminating the economic pressures and uncertainties faced by pharmacies,” Edeker added.

The CMS final rule, published in the Federal Register, is slated to go into effect on July 5. The measure’s exclusion of DIR fee reform drew fire from supermarket and drug store industry trade groups.

“The administration missed the mark and an opportunity to effectively lower beneficiary out-of-pocket costs, while also stabilizing the operating environment for retail pharmacies. Specifically, DIR fees are being used strategically by pharmacy benefit managers to recoup funds from pharmacies retroactively, often weeks or even months after prescriptions were filled,” said Peter Matz, director of food and health policy at the Food Marketing Institute (FMI). “In an industry that operates on razor-thin profit margins, supermarket pharmacies have virtually no ability to absorb these unexpected costs. FMI will be looking at all options, including congressional action, to address the anti-competitive practices that are driving up drug prices and threatening both supermarket pharmacies and the customers they serve.”

The National Grocers Association (NGA) noted that the administration balked on DIR fee reform in CMS’ final rule after more than 4,000 comments were submitted on the exponential increase in DIR fees, including comments from NGA.

“While we are still reviewing the 200-page final rule, we were disappointed that the final rule fails to enact reforms to pharmacy DIR fees,” said Greg Ferrara, executive vice president at NGA. “Pharmacies operated by independent supermarkets have seen a tremendous and unexplainable increase in retroactive DIR fees in recent years. NGA will continue to call on the Trump administration and Congress to address these out-of-control fees that jeopardize the future of local, independently owned pharmacies across the country and the communities they serve.”

In a joint statement, the National Association of Chain Drug Stores and the National Community Pharmacists Association said they were “disappointed and frustrated” that CMS’ final drug pricing rule didn’t include pharmacy DIR reform as has been proposed. “Our organizations have been joined by many pharmacists, pharmacy stakeholder groups, patient advocacy organizations, patients and members of Congress in advocating that all pharmacy price concessions be included at the point of sale – or eliminated altogether — to provide senior patients with lower costs and pharmacies with more certainty,” the pharmacy trade groups said.