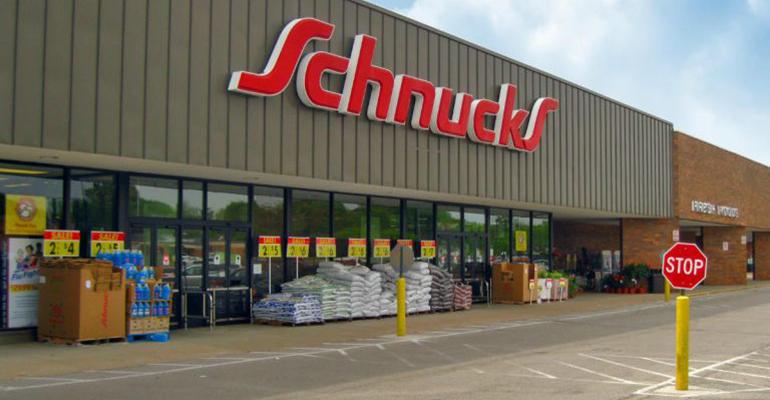 To help customers better manage their blood pressure, Schnuck Markets Inc. is deploying cardiovascular health kiosks from PharmaSmart International Inc. at all of its pharmacies. Schnucks aims to leverage the health kiosks (left) to help drive Medicare Star Ratings, specifically in the areas of medication adherence for hypertension and blood pressure control. Both measures are triple-weighted and scrutinized by national and regional health insurers to determine pharmacies’ performance and, in turn, their standing as preferred provider in their networks.

The PharmaSmart rollout “is more than Schnucks just deploying new kiosks,” according to Bob Buganski, senior director of pharmacy at Schnucks.

“PharmaSmart’s health screening kiosks and integrated BPT Rx solutions are a game-changer for disease management at the pharmacist point of care,” Buganski said in a statement. "With the PharmaSmart program, Schnucks now offers our patients a health screening program backed by clinical evidence, and one that incorporates full integration into our Rx software, McKesson CPS.

“Those who question a pharmacists’ value in health care need to think twice. When you thoughtfully incorporate the right technology into professional workflow, and it meets published clinical standards, you earn the trust of pharmacists, and you see better execution rates at point of care,” commented PharmaSmart president and chief executive officer Fred Sarkis. “We are thrilled to be working with Schnucks pharmacists, and we look forward to supporting their team as they optimize the delivery of healthcare services across their stores.”