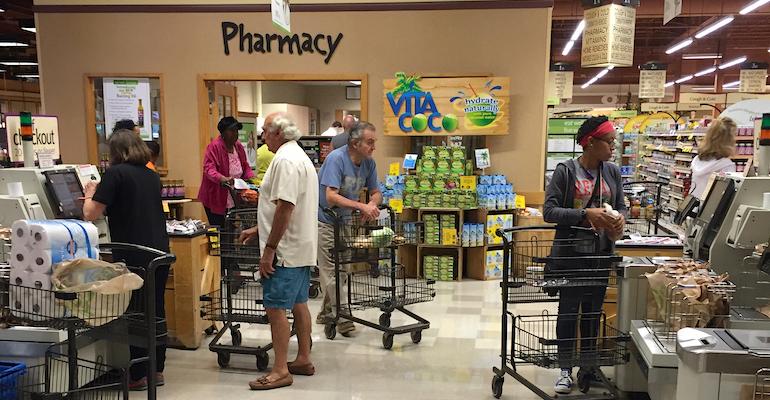 Russell Redman
Wegmans ranked No. 1 in the supermarket category with a pharmacy customer satisfaction score of 904, the third-highest rating among all brick-and-mortar pharmacies.
Issues & Trends>Health & Wellness

For the fourth straight year, supermarkets garnered the highest overall satisfaction rating for brick-and-mortar pharmacies, with an average category score of 866, edging out mass merchants (859) and chain drugstores (850). This year, however, mail order pharmacies came in first overall, with an average segment score of 869, after supermarkets had posted the top overall rating in the previous three years. 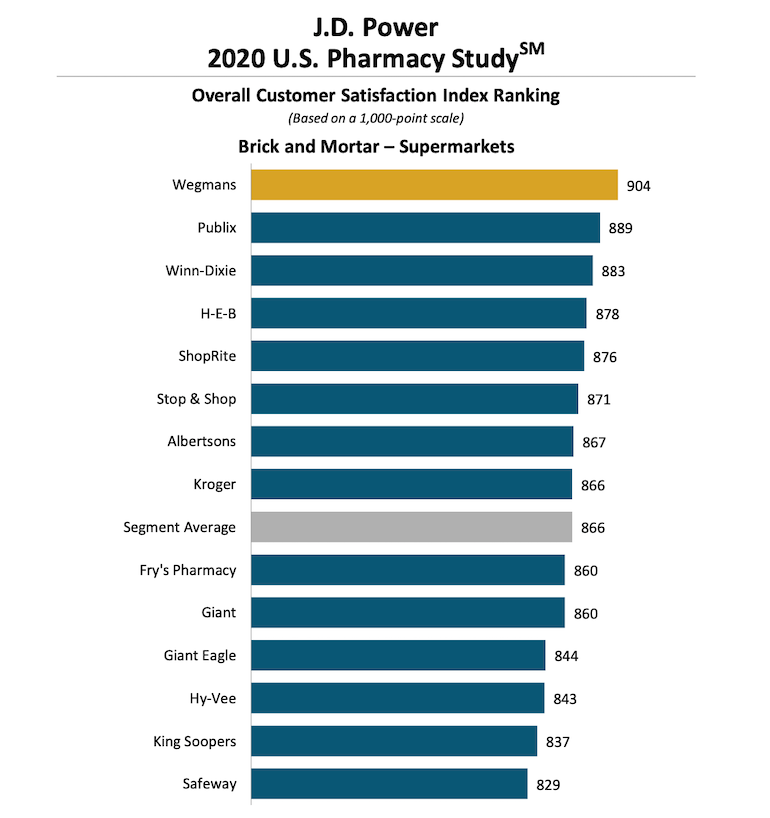 Wegmans Food Markets ranked No. 1 in the supermarket category with a pharmacy customer satisfaction score of 904, the third-highest rating among all brick-and-mortar pharmacies. The Rochester, N.Y.-based food and drug retailer had posted the highest overall mark in the previous two years.

“We’re honored to receive the highest satisfaction rating among supermarket pharmacies for the third year in a row,” John Carlo, senior vice president of pharmacy at Wegmans, said in a statement. “This recognition is a direct result of the care and dedication that our pharmacy employees provide to their customers every day.” 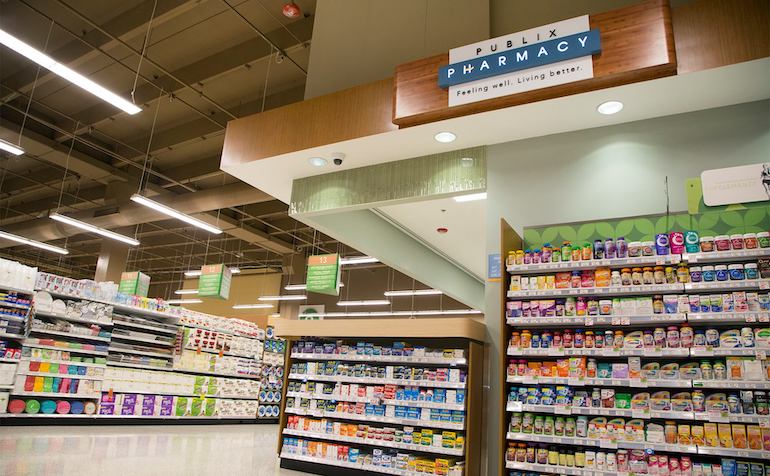 “When you look at the major pharmacy business trends of the past couple of years — CVS acquiring Aetna, Walgreens partnering with Humana and Walmart moving into health insurance — it’s clear that pharmacy operators are positioning themselves to become hubs of consumer health care, edging into the space once reserved for primary care physicians’ offices,” according to James Beem, managing director of healthcare intelligence at J.D. Power.

“What has not been clear until now is exactly how consumers would react to the shift,” he noted. “Simply put, they’re embracing it, and it’s driving higher overall satisfaction and increased spending as they use more health and wellness-oriented services.”

For example, J.D. Power’s 2020 study found that 48% of retail pharmacy customers have used at least one health-and-wellness-oriented service provided by their pharmacy this year, up 5% from 2019. Overall customer satisfaction with retail pharmacies is 26 points higher (on a 1,000-point scale) this year among customers who use health and wellness services versus those who didn’t.

Greater use of primary care also lifts satisfaction and spending, according to the study, which was conducted from September 2019 to May 2020. Patients who use at least one health-and-wellness-oriented service from their pharmacy spend an average of $11 more per customer ($35) than those who don’t use these services ($24). When customers use two or more health and wellness services, the average spend jumps to $58, and satisfaction jumps to 907 (versus 861 for those who don’t use any services).

On the digital side, prescription ordering remains low, but satisfaction with that online service is high. J.D. Power said only 9% of brick-and-mortar pharmacy customers order their prescriptions via digital channels. Despite the low utilization rate, satisfaction among customers ordering digitally through a brick-and-mortar pharmacy scores at 859, five points higher than among those who only visit the store in person. By contrast, 32% of mail-order pharmacy customers get prescriptions via digital channels, and these customers have even higher levels of satisfaction, with a score of 867.