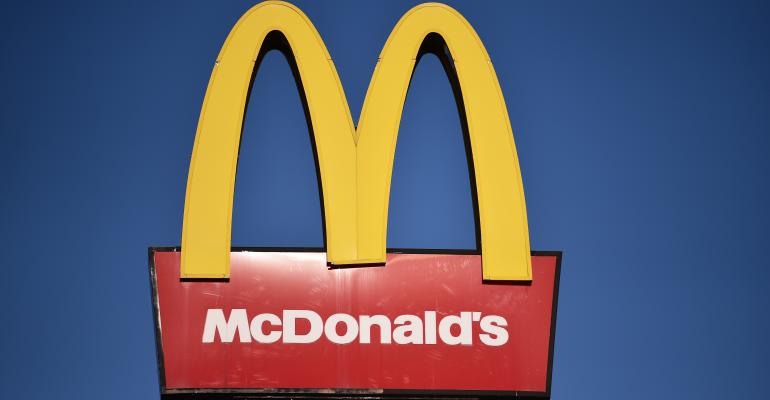 Here's five things you may have missed in grocery

Golden Arches siphoning supermarket customers? High prices at the grocery store are pushing more Americans to get their meals at fast food restaurants — McDonald’s in particular, CNN reported. The U.S. food-at-home Consumer Price Index rose 13% year over year for September, while McDonald’s U.S. prices were up 10% on average as of its third quarter. CFO Ian Borden noted that McDonald’s is gaining share among low-income consumers, some of whom might be trading down as menu prices rise more slowly versus grocery stores. —Russell Redman

What’s up with Instacart? Instacart may be pulling back on a 2022 IPO launch, after getting the market jitters, sources told the New York Times this past week. While the company has not completely ruled out the option to go public, according to a source, plans to list Instacart in 2022 now look extremely unlikely. While the company’s revenue surged during the pandemic, that acceleration dropped off as more consumers returned to in-store shopping habits. In March, Instacart  slashed its internal valuation to $24 billion from $40 billion, and recently cut that valuation even further to $13 billion. There’s technically still time for an IPO this year, but at this point, the grocery delivery company is quickly running out of time. —Chloe Riley

Canada turns an eye on grocery: As U.S. regulators and consumers mull the implications of the Kroger-Albertsons merger deal, Canada’s Competition Bureau has launched a probe of the grocery marketplace. The regulatory agency said its investigation, running to June 2023, comes as Canadians see food prices rise at their fastest rate in 40 years — and in a concentrated market. Notably, the bureau cited supermarket chains Loblaws, Sobeys and Metro plus mass merchants like Walmart and Costco as venues where many Canadians buy their groceries. We’ll keep our own eye on it. —RR

No union for TJ’s NYC: Workers at a Trader Joe's in the Williamsburg neighborhood of Brooklyn have voted against unionizing. The workers would have joined Trader Joe’s United, an independent group that prevailed in elections earlier this year in Massachusetts and Minneapolis, creating the first union foothold among the company’s over 500 stores. Had the vote gone the other way, the Brooklyn outpost would have been the first Trader Joe’s store in New York to unionize. The vote was 94 to 66 against the union, and both parties have five business days to file any objections to the results. —CR

When Whole Foods just isn't a fit: I was living in Chicago in 2016 when Whole Foods announced it would open a store in the impoverished south side neighborhood of Englewood, an area that has historically struggled with having fresh grocery resources. There was a lot of hubbub at that time: how the brand wasn't a fit, how residents wouldn’t be able to afford to shop there. (Though the store did offer reduced prices on some  items). Now, six years later, the store is closing, prompting a local commissioner to declare that the “only brand” that the community can count on is a local brand. For instance, in spring of this year, a different grocery shop opened in the area: Go Green Community Fresh Market, a nearly $5 million community effort that’s part corner store, but with healthy fresh options, meals cooked on site, and items from local food entrepreneurs. Perhaps Go Green will be the right fit, time will tell. —CR

How important are local brands and grocers to their communities?
Let us know your thoughts in the comments below, or email your thoughts to SN Executive Editor Chloe Riley at [email protected]