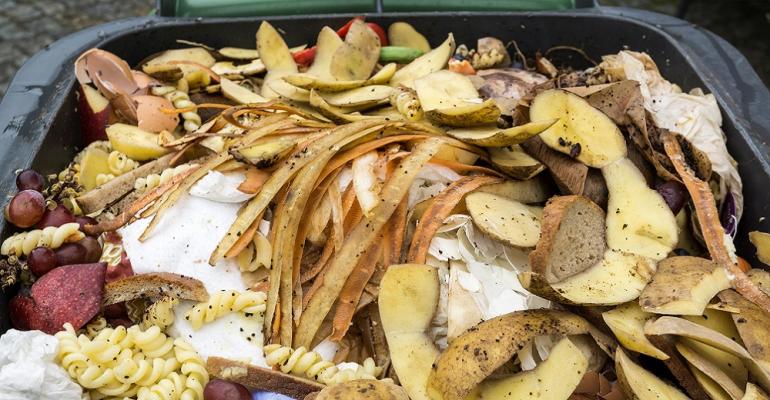 Green Century Capital Management and other investors yesterday asked the Securities and Exchange Commission (SEC) to force Amazon.com Inc. to put a question on its ballot allowing shareholders to vote on a proposal asking the retail giant to issue a report looking at where food waste is a problem in its massive operations.

“The amount of food waste in the U.S. is high – 40% – and the amount of greenhouse gases that essentially rotting food releases is notable. We are not singling out Amazon, but it is one of the companies that we are engaged with,” Samuelrich said, adding that Green Century has worked with Kroger, Costco and other retailers. She also noted that Safeway, Publix, Ahold USA and Target are among the retailers that have addressed the issue.

Green Century has been around for more than 25 years, and bills itself as “an environmentally responsible mutual fund company” that eschews investing in non-environmentally friendly industries, like fossil fuels, and instead invests in sustainable companies. Its issues with Amazon date back before last year, when it was looking at food waste with Whole Foods, which Amazon then acquired.

“We’ve worked with others on this issue, and there are some negotiations going on now,” Samuelrich said.

Green Century first sent a letter to Amazon’s management and board outlining its concerns.

“We hoped that they would have a phone call or two with us, which did happen,” Samuelrich said. “The result of that phone call was that Amazon did not want to take any action about issuing a report, so with that we filed a shareholder resolution.”

Amazon then opted to challenge the shareholder request to the SEC.

“We thought this is a very low ask. We’re not asking them to change operations or implement any kind of costly changes,” Samuelrich said. “We just wanted them to assess the business risk, which we think they should be doing. So we decided not to withdraw and to submit our rebuttal to their challenge. Now we will wait and see what the SEC decides.”

When asked if Green Century was also concerned about what impact packaging and shipping containers were having on the environment, Samuelrich replied, “We’ve been monitoring that issue as more activist groups have picked up on that. When there is an activist campaign against a company that raises a reputational risk, but you can only file a resolution around one issue.”

“We had been pursuing this issue with Whole Foods in the prior year before they were acquired by Amazon,” Samuelrich said. “So, even though there are other issues of concern, we decided to stick with this one because of Whole Foods and because of Amazon’s online grocery store and their stated intention to grow that. This is becoming a bigger and bigger issue that they need to get their head around.”

According to the Packaged Facts consultancy, Amazon currently has an 18% share of online food and beverage sales, larger than any other company.

Supermarkets, restaurants, hotels and other foodservice operators waste an estimated $55 billion a year in food, according to ReFED, a San Francisco-based non-profit committed to reducing food waste in the United States. According to the Retail Food Waste Action Guide, which ReFED issued in January, food waste represents an $18.2 billion opportunity for the supermarket industry through prevention, recovery and recycling solutions that will help the industry prioritize and accelerate waste reduction activities.

“We’re seeing a major trend of retailers focusing on food waste,” said Chris Cochran, executive director of ReFED, and the former senior manager of sustainability at Walmart. “What was once seen as a built-in cost of doing business is now viewed as a controllable expense and source of value. ReFED is partnering with retailers to put these waste solutions into action.”

The Retail Food Waste Action Guide’s key findings include that on average, the value of wasted food in retail is equal to roughly double the profits from food sales; prevention solutions such as dynamic pricing and markdowns have the highest profit potential; retailers can increase food donations to provide nearly 1.2 billion more annual meals; and new digital technologies, such as ride-sharing platforms and chain-of-custody records are being applied to food waste through solutions like Dynamic Routing and Cold Chain Management.