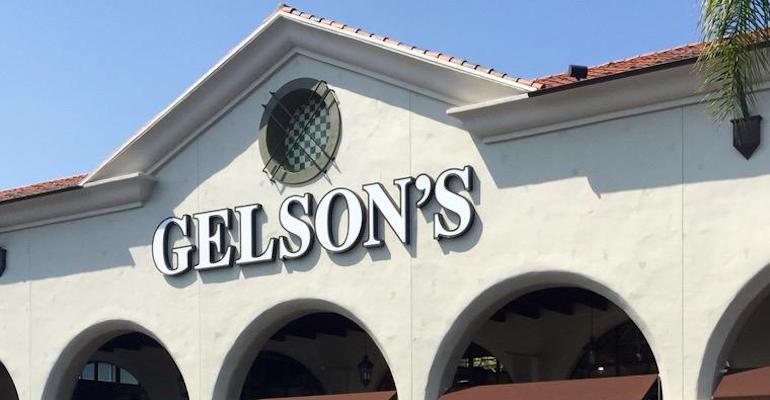 Gelson's Market
Employees at the Gelson's Market store in Calabasas, Calif., are among the grocery and drug retail workers who will receive one-time appreciation payments, funded via the American Rescue Plan Act, under the city council's measure.
Issues & Trends

United Food and Commercial Workers (UFCW) Local 770 said the Calabasas City Council this week voted unanimously in favor of a one-time pay bonus for frontline grocery and drug retail workers. Based on average weekly hours worked between March 2020 to March 2021, eligible employees will receive payments of up to $1,000.

The funds come from the American Rescue Plan Act and benefit 454 union and non-union workers, UFCW Local 770 reported, adding that about 250 of those employees are among its members. The Calabasas City Council vote on June 29 was 5-0.

“The city of Calabasas did the right thing. Essential grocery and drug retail workers have demonstrated their commitment and dedication to serve their communities during the worst global pandemic in recent history,” UFCW Local 770 President John Grant said in a statement. “We appreciate that the city of Calabasas is moving forward on this gratitude premium pay for our members.”

Starting in February, municipal governments across California — including Los Angeles County (unincorporated areas) and the cities of Montebello, Los Angeles, West Hollywood, Santa Monica, Santa Barbara and Oxnard, among others — approved mandates granting some type of appreciation pay for grocery and drug store workers. Earlier this month, Oxnard became the nation’s first city to American Rescue Plan funds for hazard pay. The $1.9 trillion stimulus legislation was passed by the U.S. Congress and signed into law by President Biden in March.

Under the measure approved in Calabasas, the city will appropriate $334,000 of its expected $5.7 million in American Rescue Plan funds for the Hero/Hazard Premium Pay Program to grocery and drug retail workers who worked at least three months during the pandemic. Of the hazard pay allocations, calculated with assistance from six grocery stores, 176 workers will receive $1,000, 147 will get $750, 60 will receive $500 and 71 will get $250, based on hours worked over the designated period, the city council reported.

“I’ve been on the front lines, and I have worked overtime to keep the store stocked. As an essential worker, I put my life at risk multiple times,” Maria Altamirano, an employee of the Gelson’s Market in Calabasas, said in a statement. “Too many of us have lost someone due to this terrible virus. A little over a month ago, I lost my uncle to COVID, even though he was vaccinated. It’s scary to think that I may bring the virus home to my elderly parents who are both cancer survivors. This hazard pay that the city is providing us is a lifeline for essential workers and our families. I’m really grateful that the city of Calabasas council members passed hazard pay.”

“We still have to deal with customers getting in our personal space, and this time it’s without a mask,” Kyla Balkwill, a bagger at Gelson’s Calabasas store, wrote in correspondence to the city council in support of the $1,000 appreciation pay option. “The virus is still around, and we all are still at risk.”