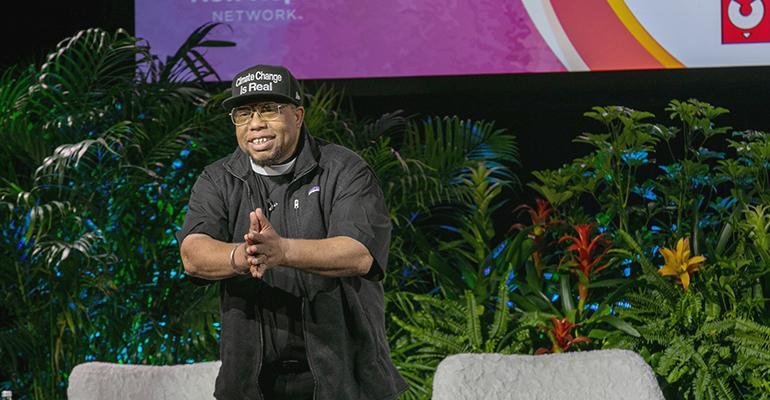 New Hope Network
The Reverend Lennox Yearwood Jr. has been bridging the gap between communities of color and environmental issue advocacy for decades.
Issues & Trends

The Rev. Lennox Yearwood Jr. calls on all of us to fight for climate justice, racial justice, immigrant rights and more

"This is the lunch counter movement of the 21st century," the Rev. Lennox Yearwood Jr. told the crowd during his Natural Products Expo West Climate Day keynote address, “How Business Leaders Are Critical in Building a Transformative Movement for Climate Justice.”

Peering from beneath the brim of a black ball cap emblazoned with “Climate Change Is Real” in white letters, the Hip Hop Caucus founder recalls how young Blacks organized lunch counter sit-ins to protest segregation in the early '60s.

"They demanded change. And it worked," he said. "Our lunch counter movement of the 21st century is not just about equality; it's about existence." 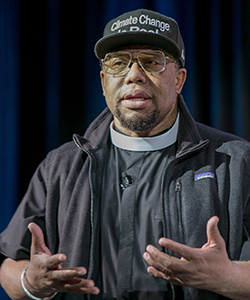 "We want a movement that appreciates and respects all people. That's the movement today." — The Rev. Lennox Yearwood Jr.

Yearwood has been bridging the gap between communities of color and environmental issue advocacy for decades. The Hip Hop Caucus he founded in 2004 is a national, multi-issue, non-partisan, nonprofit empowering young people to take part in elections, policymaking and service projects. In 2018, he helped launch Think 100%, Hip Hop Caucus' award-winning climate communications and activism platform that advocated a shift to 100% renewable energy for all.

But the calls that drive Yearwood are those from young people who tell him they no longer want to have children because they are afraid of what the world holds for them, and calls telling him about "young activists who have killed themselves because they don't see any hope in this society."

Yearwood finds hope in the power of connection — between people and between issues. When he began his work after Hurricane Katrina, leaders of traditional environmental organizations tried to keep him "in his own lane." He was told Black people worked in the "environmental justice" lane while whites in the green movement "fought for the polar bears and the Arctic." His response was: "No."

"I said, 'I don't care if you're Republican, Democrat or whatever; Black or white or whatever; male or female or whatever. We're all in this together," Yearwood said.

Seventeen years later, the climate movement is still too siloed, with a culture that is "predominantly white and very much not urban," Yearwood said. What business leaders are missing is the opportunity to see the connection between the green movement and other movements.

"The movement is no longer the same movement that was created in 1968 to 1972, when the Cuyahoga River was on fire and when we had smog in L.A.," he said.