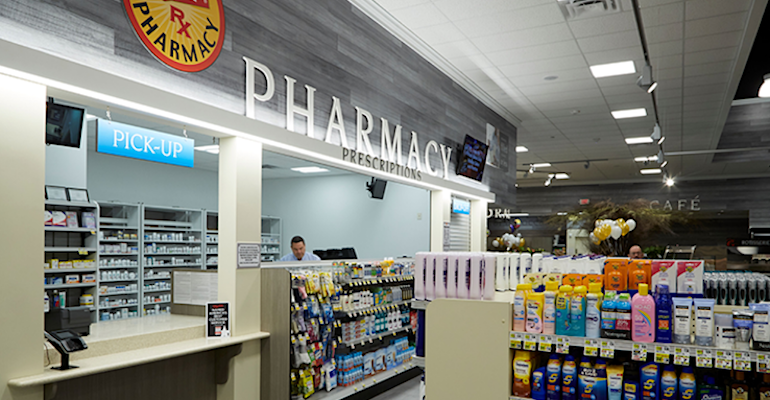 New federal legislation aims to crack down on Rx ‘claw back’ fees by PBMs, drug plans

“DIR fees are exerting unnecessary and devastating pressures on patients, on pharmacies, and on communities – particularly the most vulnerable and the underserved. We welcome the introduction of the Pharmacy DIR Reform to Reduce Senior Drug Costs Act, and we urge its passage this year,” the coalition said in a statement. “Resulting from a regulatory loophole, DIR fees charged by payers to pharmacies have the net effect of needlessly inflating Medicare patients’ out-of-pocket prescription drug costs and jeopardizing the viability of pharmacies,” the group added.

DIR fees refer to post-point-of-sale compensation received by PBMs and Medicare Part D plan sponsors for prescription drugs. Used in the calculation of final Medicare payments to Part D plans, these fees primarily are rebates paid by drug manufacturers but also include concessions paid by pharmacies, such as pay-for-performance network fees and reimbursement reconciliations. As a result, DIR fees affect the final cost of a drug for payers and the price paid to pharmacies for a drug.

The pharmacy-led coalition has endorsed the Pharmacy DIR Reform to Reduce Senior Drug Costs Act, introduced this week in the U.S. House and then in the Senate.

“Despite their essential role in serving communities, supermarket pharmacies are struggling to stay in business due to the anticompetitive practices of PBMs, of which the clawback of DIR fees is perhaps the most egregious and damaging. In fact, nearly one-third of our members rank pharmacy DIR fees as having among the most negative effect on their sales and profits. As a result, some FMI members have shuttered or sold their pharmacies while others are considering having to do so in the future, leading to significantly reduced access for consumers,” explained FMI President and CEO Leslie Sarasin.

“By putting a stop to the predatory practice of imposing fees on pharmacies long after the point of sale, while charging patients more up front for their drugs, this legislation would generate savings and create pricing transparency for both pharmacies and their patients,” she said. “FMI thanks the bill sponsors for their leadership and looks forward to working with them to advance this legislation."

Citing a 2020 report by the Drug Channels Institute, the coalition said DIR fees charged to pharmacies swelled from $229 million in 2013 to an estimated $9.1 billion in 2019. Similarly, the Centers for Medicare & Medicaid Services (CMS) found that fees based on pharmacy performance assessments — described by coalition members as arbitrary and lacking transparency and oversight — soared 225% from 2012 to 2017, a trend that has continued. And according to IQVIA data, more than 2,300 U.S. pharmacies went out of business from December 2017 to December 2020.

“Many independent grocery pharmacies across America serve communities where patients’ options to fill prescriptions or receive health care are slim,” according to Robert Yeakel, director of government relations for NGA. “For years now, many of our members have been forced to shutter their pharmacy operations due to the out-of-control cost increases levied on them in the form of DIR fees.”

The coalition said CMS has estimated that DIR fee reform will save drug plan beneficiaries $7.1 billion to $9.2 billion in reduced cost-sharing. Lower costs for prescription drugs, the group noted, also will help improve medication adherence, since many patients tend to go off their drug regimens when they have to pay more for their medicines.

“Independent community grocers and their pharmacies have played a vital role during the COVID-19 pandemic,” said Greg Ferrara, NGA’s president and CEO. “At a time when Americans rely on their grocery pharmacy for testing, vaccinations and other health care needs, we ask Congress to advance this legislation to protect Americans’ access to services from local community businesses.”

“Independent community grocers and their pharmacies have played a vital role during the COVID-19 pandemic,” NGA President and CEO Greg Ferrara commented. “At a time when Americans rely on their grocery pharmacy for testing, vaccinations and other health care needs, we ask Congress to advance this legislation to protect Americans’ access to services from local community businesses.”