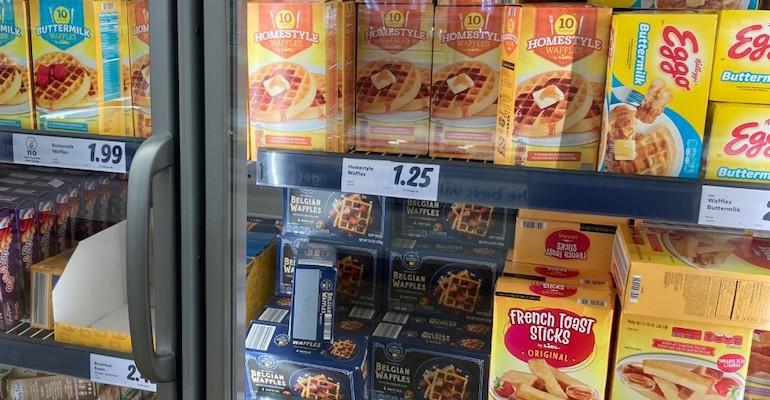 Consumers stocked up on frozen breakfast foods as convenient meal and snack solutions during the pandemic, and the habit appears to have staying power.

“When people work from home, they are taking a bit more time and are less focused on the on-the-go portability,” said Anne-Marie Roerink, principal and founder of 210 Analytics. “Additionally, breakfast foods have decidedly morphed into snacks for occasions throughout the day, and that includes breakfast sandwiches, waffles and other items found in the frozen food aisle.”

Even as students have returned to school and many workers have resumed their daily commutes, frozen breakfast foods have continued to record strong sales growth.

For the 52 weeks through April 17, sales of frozen meals overall were up 6.8% over year-ago-levels, fueled in part by an 11.4% increase in frozen breakfast foods, according to data from the American Frozen Food Institute. Over the past two years, frozen breakfast food sales were up 27.4%.

At about $4.7 billion in sales in the last year, breakfast foods lagged only behind frozen dinners/entrees and frozen pizza in the frozen-meals category in terms of total sales. 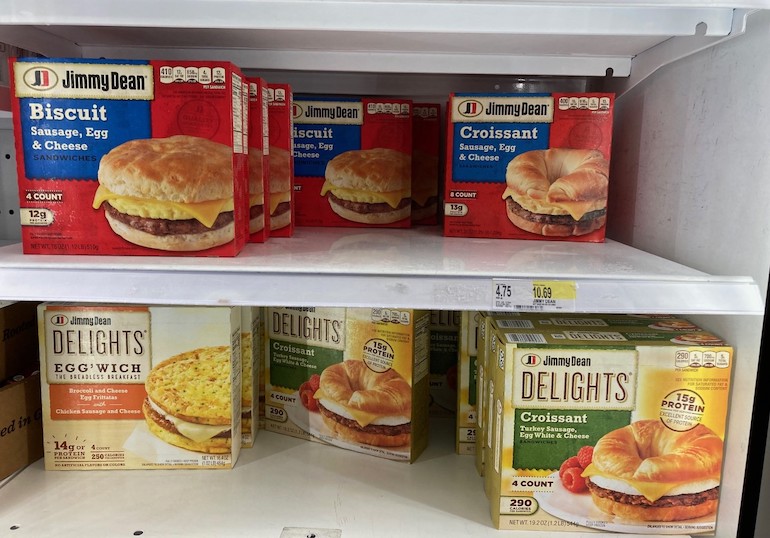 Although gains in several frozen categories have been driven by inflation, breakfast foods have enjoyed both unit and dollar sales gains, indicating growth in demand, said Roerink. Unit sales of breakfast foods were up 2.7% in the most recent 52-week span, and up 10.5% during the last two years.

“Approximately 75% of consumers eat breakfast beyond the morning, with breakfast sandwiches being the preferred product of choice,” she said. “This bodes well for the frozen breakfast category.”

Bates suggested that retailers focus on offering a diversified assortment to capitalize on consumer interest in breakfast foods for new occasions, including mid-morning and late-day snacking. Handheld frozen breakfast items that feature protein content have been “very popular,” she said, adding that frozen breakfast sandwiches and wraps account for almost a quarter of new product innovation in the category.

“Consumers are also looking to save money across the store, and are more frequently turning to store brand or private label products,” she said, citing UNFI’s Essential Everyday brand.

Sales of Essential Everyday frozen breakfast products have risen in double digits in recent months, Bates said. The gains have been driven largely by the brand’s frozen waffle products, which are available in in eight flavors including Blueberry, Buttermilk, Homestyle, Cinnamon, Confetti, Chocolate Chip and others.

Bates said she expects retailers to continue to add more space in their freezers for handheld breakfast items.

“Retailers will want to carry a mix of core items as well as trending new items in breakfast entrées and frozen syrup carriers [such as pancakes and waffles],” said Bates.

Convenience and taste have been the strongest drivers of sales in the category, she said.

Reflecting the diversification in the frozen breakfast category, Mosaic Foods, which offers a plant-based, flash-frozen meal delivery service, is planning to expand its frozen breakfast offerings this summer with a new line of smoothies.

The 16-ounce smoothies will be available in nine flavor combinations, featuring fruits and vegetables that offer plant-based protein, with no added sugar and no artificial ingredients, said Matt Davis, co-founder and CEO of Mosaic Foods, which is based in New York City and delivers its products directly to consumers throughout much of the U.S. 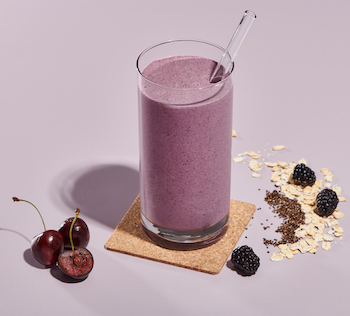 The new product will augment the company’s popular vegan and vegetarian oat bowl offerings for the breakfast daypart.

“We’ve found that high-quality, protein-packed overnight oats and warm oats are a huge hit in the plant-based community,” said Davis. “Many of our customers were already prepping their own oats and have turned to our product as a way to get time back from the kitchen while also leveling up their oat game.”

Each of the five varieties of oat bowls Mosaic offers includes more than 10 grams of protein and can be ready to eat in under three minutes, he said. Options range from sweet oat bowls such as Peanut Butter, Banana, & Cacao to savory oat bowls such as Veggie Sausage & Gouda.

Davis describes breakfast as the “perfect way to start” for the 50% of consumers seeking to reduce their meat consumption in 2022.

“We’re hearing from some of our best customers that it’s the first meal they were able to successfully go fully plant-based,” he said.

As consumers have begun returning to working from offices, or have switched to hybrid office/remote working schedules, many of Mosaic’s customers are actually ordering frozen meals from Mosaic more often, Davis said. Commuting makes life busier, he pointed out, and frozen breakfast meals that are packaged for portability, as Mosaic’s are, can provide on-the-go solutions for these consumers.