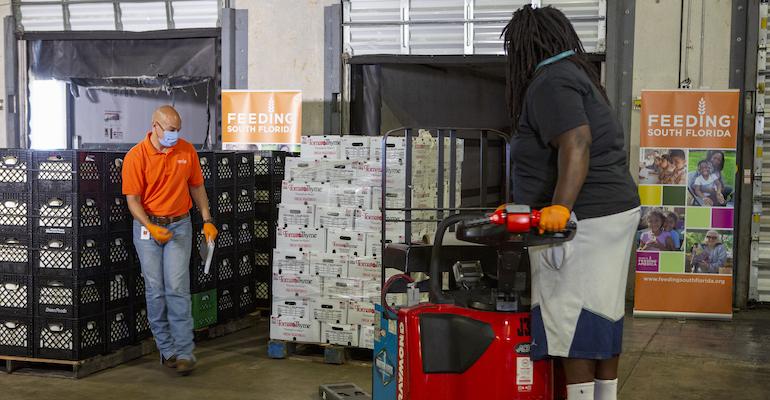 Publix
The Feeding South Florida food bank said it has received more than 720,000 pounds of produce and 97,000 gallons of milk from Publix over the last 10 weeks.
Issues & Trends

Publix Super Markets is extending the reach of a program to buy fresh produce and milk from farmers impacted by the coronavirus pandemic and donate the products to food banks.

Publix launched the produce and milk rescue program on April 21. Under the initiative, the Southeastern supermarket chain buys excess fruit, vegetables and milk directly from produce and dairy farmers, who have seen demand plunge due to business shutdowns and consumer lockdowns during the COVID-19 crisis. Publix then donates the produce and milk to Feeding America member food banks in its market area.

After the first week, Publix procured more than 150,000 pounds of fruit and vegetables and 43,500 gallons of milk for donation. Two-and-a-half months later, those totals have climbed to over 5 million pounds of produce and 350,000 gallons of milk. 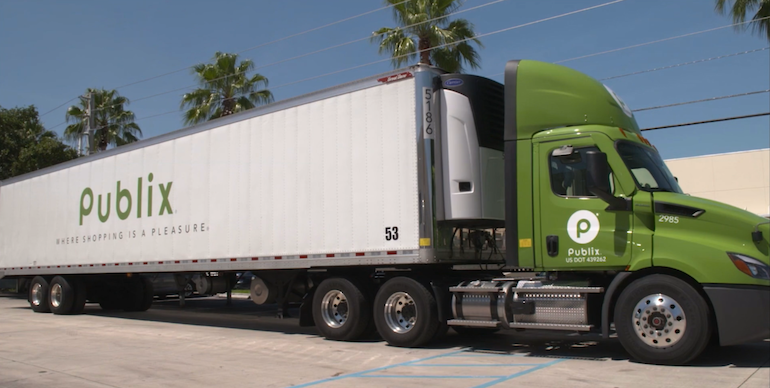 A Publix truck makes a delivery of rescued food at the Feeding South Florida food bank.

“During these challenging times, we remain committed to working together to find the solutions that positively impact our communities in need. We are honored to continue our support of Feeding America member food banks and to purchase produce and milk from farmers across the Southeast,” Publix CEO Todd Jones said in a statement. “As the harvest season moves north, so is our initiative, expanding to support additional farmers and serve as many people as possible.”

Publix noted that many farmers have been compelled to discard produce and raw milk due as the spread of coronavirus forced the closure of schools, restaurants, hotels and other establishments, resulting in significantly decreased demand. At the same time, more people have turned to Feeding America to get food amid the pandemic-triggered economic downturn.

The rescue program saves farmers from being forced to throw away surplus food and provides a lifeline to the 17 million people that Feeding America estimates will experience food insecurity because of the virus outbreak, according to Publix, which operates 1,251 stores in Florida, Georgia, Alabama, Tennessee, South Carolina, North Carolina and Virginia.

“We have received more than 720,000 pounds of produce and 97,000 gallons of milk from Publix over the last 10 weeks. This has helped us provide food to more than 1 million individuals,” stated Paco Vélez, president and CEO of Feeding South Florida. “We are grateful to Publix not only for their support of growers, but also Feeding South Florida through this initiative as well as their perishable food and monetary donations all year long.”