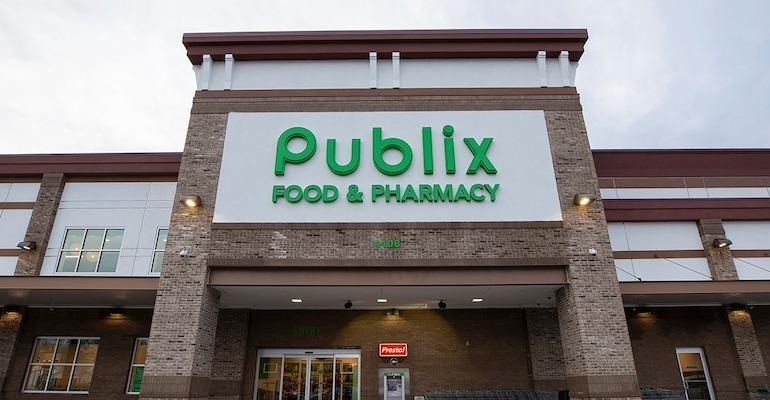 Publix Super Markets
Publix has begun providing coronavirus shots in North Carolina and, for the first time, is administering the Moderna vaccine in Alabama and Tennessee pharmacies.
Issues & Trends

Publix Super Markets is now providing COVID-19 vaccines in all seven Southeastern states where it operates.

Lakeland, Fla.-based Publix today opened its online reservation system at publix.com/covidvaccine for coronavirus shots in North Carolina, the first time it’s offering the vaccinations in the state. Publix pharmacies in North Carolina will be administering the two-dose Moderna vaccine.

Publix also is providing the Moderna vaccine for the first time in Alabama and Tennessee pharmacies. Shots will be offered at five pharmacies in Alabama — Huntsville (three locations), Madison and Owens Cross Roads — and at eight pharmacies in Tennessee, including Cleveland, Antioch, Nashville, Greeneville, Ooltewah, Clarksville (two locations) and Fairview.

The grocer first began administering COVID-19 immunizations in Tennessee on April 1 and in Alabama on April 12, in both cases using the one-shot Johnson & Johnson vaccine.

Publix launched its pharmacy COVID vaccination program in Florida in early January and then later that month expanded it to Georgia and South Carolina. Selected Publix pharmacies in Virginia started offering the vaccine in early February. The company passed the 1 million mark in coronavirus shots administered in mid-March and then reached 1.5 million vaccinations in early April.

Last week, Publix denied media reports that it had received favorable treatment from Florida Gov. Ron DeSantis in COVID-19 vaccine distribution. Citing campaign finance records, CBS’ “60 Minutes” reported that DeSantis announced a vaccine supply partnership with Publix just weeks after the retailer gave $100,000 to his political action committee. DeSantis also has been accused of steering Publix-administered COVID vaccines to wealthy communities who donated to his PAC, such as in Palm Beach County. The governor has denied wrongdoing in the vaccine partnership with Publix, which he noted is designed to provide Floridians with another option for receiving a vaccination.

“The irresponsible suggestion that there was a connection between campaign contributions made to Gov. DeSantis and our willingness to join other pharmacies in support of the state’s vaccine distribution efforts is absolutely false and offensive,” Publix said in an April 5 statement on Twitter. “We are proud of our pharmacy associates for administering more than 1.5 million doses of vaccine to date and for joining other retailers in Alabama, Florida, Georgia, South Carolina, Tennessee and Virginia to do our part to help our communities emerge from the pandemic.”

Through April 11, 35.9% of the U.S. population had received at least one COVID-19 vaccine dose, and 21.9% had been fully vaccinated, with 187 million vaccines administered of the 237.8 million delivered by manufacturers, according to data from the Centers for Disease Control and Prevention. Across Publix’s seven-state Southeastern market area, nearly 35.3 million vaccines have been administered.