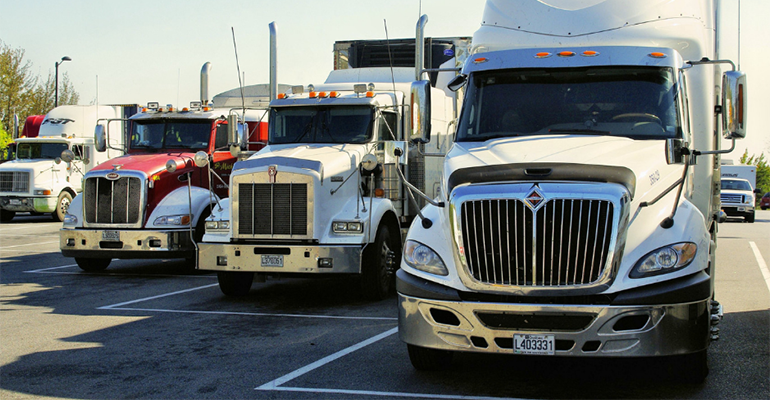 Long wait times often make grocery retailers and distributors a delivery headache for truck drivers, according to a survey by Zipline Logistics.

Among more than 150 carriers of food, beverages and consumer goods polled, truckers named companies such as Kroger, Target, Walmart, C&S Wholesale Grocers and United Natural Foods (UNFI) as receivers and shippers where they can get held up for hours.

Other retailers and wholesalers cited in comments by truckers — for excessive loading/unloading times and other shipping issues — included Supervalu, Dollar General, Wakefern, Aldi, Safeway, Amazon and Meijer, as well as manufacturers PepsiCo, Coca-Cola and Kraft.

“The big problem that our study highlighted was that grocery and retail store distribution centers tend to be the most challenging places for drivers to deliver because of wait time,” said Andrew Lynch, president and co-founder of Zipline Logistics. The Columbus, Ohio-based firm specializes in transport of consumer goods and has over 90% of its customers delivering to grocery and other retail facilities.

Zipline’s ELD Mandate Impacts study, released in late October, focused on how trucking companies have adapted to the federal Electronic Logging Device (ELD) Mandate, which went into effect in mid-December 2017. Under the measure, all trucks must now use ELDs to track their hours, location, speed and other shipping metrics, which eliminated much of the wiggle room that drivers previously had in their schedules with paper logs.

The mandate has become a “huge efficiency hurdle” for the many small companies in the fragmented trucking industry, Lynch noted. “A lot of the flexibility that drivers had built into their day-to-day schedules was removed,” he said. “All of a sudden, that changed some of the dynamics of the ways a trucking company operates, especially small businesses and mom-and-pop shops running in old-school ways.”

According to long-established rules, drivers can be on duty for 14 hours a day — including stops for fuel, food and time at shippers/receivers — and drive time can’t exceed 11 hours, which including a break is actually 10 hours.

“So the ability to wait for a truck to be unloaded or for a driver to sit in a dock for more than two hours, now that ELDs are live, is greatly diminished,” Lynch said. “Drivers are not willing to wait around.” 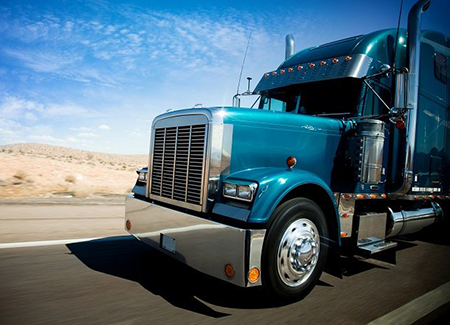 Problems with grocery receivers and shippers include a preference for receiving product off-hours, high flows of freight and sometimes limited staff and doors at the loading dock. The division of product for distribution to stores or to create mixed pallets also can hold up drivers, said Lynch.

“A driver might pull into a dock with 28 pallets and expect to be unloaded within an hour-and-a-half and then suddenly find himself sitting there for four-and-a-half hours while this receiver breaks down and sorts and segregates all of the product on the truck,” he explained.

Zipline’s survey found that, because of the mandate, 77% of carriers are much more selective in the shippers/receivers they work with, and 80% of carriers won’t load out of facilities with reputations for lengthy load/unload times.

“Mention of popular stores and distributors showcases how difficult it has become for shippers of consumer products to deliver product on time and at a reasonable price,” the Zipline report stated. “A select population of drivers are now unwilling to go into locations such as Kroger, C&S Wholesale and UNFI because of debilitating wait times.”

Forty-three percent of carriers surveyed said the number of shippers/receivers they refuse to go to has risen since the mandate.

“The ELD Mandate made it so that a driver simply couldn’t just sit around at a receiver, wait to be unloaded and then continue his day as if that never happened,” Lynch said. “If a driver sits for four hours after he’s driven for six hours, then he has to shut down and wait until tomorrow to pick up his next load. That didn’t use to be the case.”

Due to the mandate, 54% of carriers reported they have changed how long they will wait. Zipline’s study found that 17% of carriers will wait as long as it takes, while most will wait only up to four hours before pulling their drivers.

“It’s an easy argument for a grocery retailer to say, ‘Look, if you don’t like that we hold your truck up for a while because your driver was late, then don’t be late.’ It’s hard to argue that point,” Lynch said. “Except that our average shipment is 450 to 500 miles, and an awful lot can happen in those miles. And some of that time requires drivers to show up at a shipping door, and that might not go as planned.”

“What ends up happening is that we have to find someone who’s willing to go to those shippers or receivers, which shrinks the pool of drivers and carriers we’re able to pick from,” Lynch said, adding that the trucking industry already is grappling with a general shortage of eligible drivers. “So now we have to pay people more just to get them to go to certain shippers and receivers.”

Some retailers and distributors have worked hard to be shippers/receivers of choice by adding more driver comforts, such as snacks and better lounges and restrooms, according to Lynch. “But at the end of the day, all the free pretzels and soda in the world won’t make up for the fact that you held a driver up for five hours, because those five hours are worth thousands of dollars to those drivers,” he said.

Grocery retailers and distributors can help by building more flexibility into their receiving and shipping policies and getting a better handle on the amount of time it takes to load and unload trucks, which could result in better rates, Lynch said. Besides doing their best to ensure that drivers arrive on time, carriers and transportation partners can help by conveying the needs of drivers and the impact of ELD regulation.

“What I really think the entire industry can do — retailers, distributors and manufacturers of food and e-commerce companies — is to set expectations,” Lynch said. “It’s about intermediaries like us setting expectations the right way and getting retailers, to whatever extent they can, to focus on turning drivers out fast and efficiently and letting them get back on the road to their next job.”