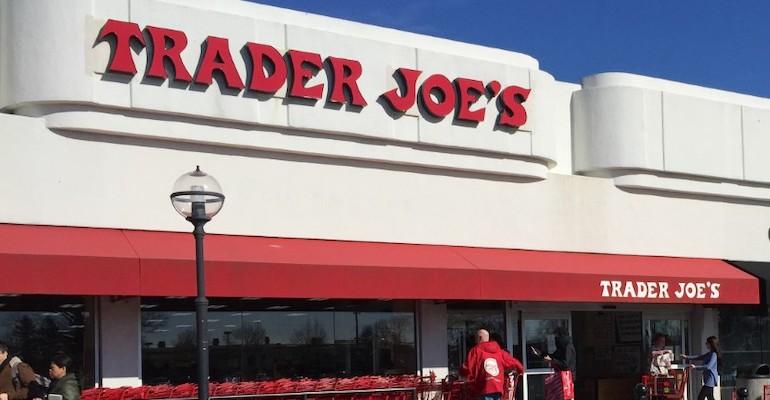 Trader Joe’s said it’s set to begin collective bargaining after workers at a store in Hadley, Mass., voted to unionize — the first location in the specialty grocery chain to do so.

Employees at the Hadley store, located at 375 Russell St., yesterday voted 45-31 in favor of forming a union, according to the National Labor Relations Board (NLRB). The workers are represented by an independent labor group called Trader Joe’s United and currently aren’t affiliated with an established labor organization.

According to published reports and worker tweets at Trader Joe’s United, Hadley employees cited pay, health care and retirement benefits, and health and safety issues as reasons for forming a union. The New York Times and The Washington Post reported that Hadley workers expressed concerns about pandemic-related pay and health/safety measures that had been removed and a dilution of retirement benefits in recent years.

“Today, Trader Joe’s Hadley became the first unionized Trader Joe’s location ever. This victory is historic but not a surprise. Since the moment we announced our campaign, a majority of the Crew have enthusiastically supported our union, and despite the company’s best efforts to bust us, our majority has never wavered,” Trader Joe’s United said in a letter on the union vote result in a July 28 tweet. “We now must begin the difficult work of sitting down at the negotiating table as equals with our employer and securing a contract that will benefit and protect us, the Crew, instead of the company’s bottom line.”

In a statement late yesterday, Monrovia, Calif.-based Trader Joe’s expressed disappointment that the Hadley store employees opted for unionization, noting that the company already provided a strong compensation and benefits package in the grocery retail sector.

“Trader Joe’s offers its Crew Members a package of pay, benefits and working conditions that is among the best in the grocery business,” Trader Joe’s stated. “Despite this, employees in our Hadley, Mass., store recently voted to be represented by a union. We are prepared to immediately begin discussions with union representatives for the employees at this store to negotiate a contract.”

In addition, Trader Joe’s said it will base contract discussions with the Hadley union group on terms offered in union contracts at other grocery chains in the region.

“We are willing to use any current union contract for a multistate grocery company with stores in the area, selected by the union representatives, as a template to negotiate a new structure for the employees in this store, including pay, retirement, health care, and working conditions such as scheduling and job flexibility,” Trader Joe’s said in its statement.

Overall, Trader Joe's operates more than 535 stores in 42 states and the District of Columbia.

According to Bloomberg, Yosef said the formation of a union at the Hadley store could “have a ripple effect across the company.” Indeed, Trader Joe’s United said in the July 28 letter that Hadley store workers must “negotiate a contract that reflects the values Trader Joe’s has long claimed to espouse. Our contract will not just benefit us. We believe that our union, by improving our store and every store across the country, will strengthen Trader Joe’s as a whole and help the company return to its core values.”

“On March 31, Trader Joe’s Chairman and CEO Dan Bane pledged, ‘if there are 30% of the Crew Members in any store that tell us they want to have a union vote … we will.’ We expect Mr. Bane to stand by his pledge and allow his Crew to have a seat at the table and hold a union vote and ultimately negotiate an industry-leading contract,” UFCW Local 7 President Kim Cordova said in a statement.

Commenting on the Trader Joe’s Hadley union vote, labor attorney Andrew MacDonald of Philadelphia-based law firm Fox Rothschild LLP pointed out the companies involved in the recent wave of unionization efforts in the retail arena. Besides Trader Joe’s, they include companies such as Starbucks, Amazon, Apple and REI, published reports said.

“What’s interesting is that organizing in retail establishments tend to be companies that are known to provide for generous benefits and compensation for that sector of the economy,” MacDonald said in an email. “In addition, based on media reports, the employees are appealing to Trader Joe’s based on their status as frontline workers during the still-ongoing pandemic.”