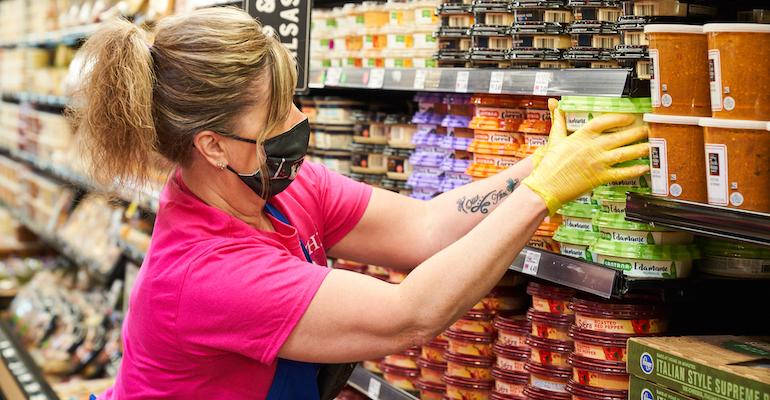 The Kroger Co.
Kroger paid $130 million in "thank you pay" to frontline workers in addition to "appreciation pay" wage increases and "hero bonuses" during the COVID-19 pandemic.
Issues & Trends

‘This pandemic is far from over,’ Harris and Perrone said today in CNN editorial

Perrone and Harris said in the Aug. 7 CNN opinion piece, headlined “Why Grocery Store Workers Deserve Hazard Pay,” that the coronavirus threat for grocery workers hasn’t abated, since they remain exposed to the disease in performing their daily tasks and interacting with fellow employees and shoppers.

However, they noted in the article, large food retailers such as Kroger, Albertsons, Whole Foods Market (owned by Amazon) and others have phased out temporary pay raises or bonuses — dubbed “hero pay” or “appreciation pay” — even as more areas of the country are grappling with a higher incidence of the virus. 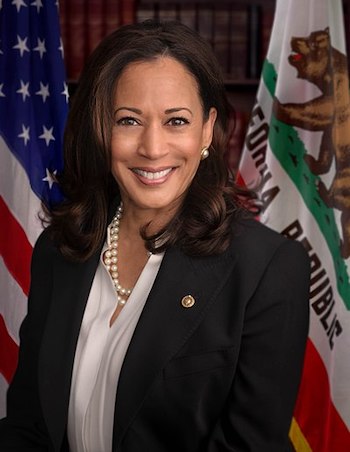 "Since the beginning of the COVID-19 pandemic, millions of America’s grocery workers have continued to report to work and serve their communities, despite the ongoing hazards and danger of being exposed to the novel coronavirus,” Harris and Perrone wrote. “The brave, dedicated workers who put themselves at risk when they enter their workplaces don’t make headlines, but each of us should value their quiet courage and sacrifice every time we visit our neighborhood grocery store. We cannot take their work or safety for granted — and their employers shouldn’t either.”

Grocery store workers are taking safety precautions for themselves, colleagues and customers by wearing masks, social distancing and constant cleaning of cash registers, food conveyor belts, shopping carts and other equipment and facilities, Harris and Perrone explained in the op-ed. At the same time, store associates have been continually restocking food, household goods, cleaning supplies, health products and other essential items throughout the COVID-19 crisis, they said.

“Grocery workers are essential workers — without them, families across the country would not have access to the food they need during this pandemic,” Harris and Perrone said. “Given the increasing dangers as COVID-19 continues to spread, the time is now to reinstate hazard pay for all of America's grocery workers.”

Since the coronavirus pandemic was declared a national emergency in mid-March, many grocery retailers have implemented emergency pay for frontline workers in stores, distribution centers and/or other facilities. 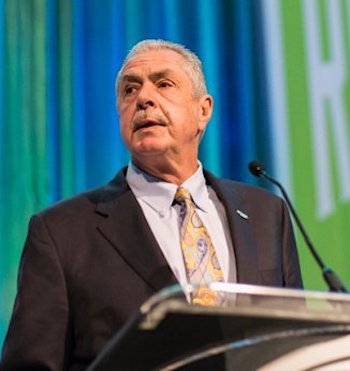 Most programs entailed a temporary $2-per-hour or percentage wage increase for hourly workers and/or one-time bonuses. Some companies extended the hourly wage increases and bonuses more than once, including Kroger, Albertsons, Amazon/Whole Foods, Walmart and other chains. Retailers like Kroger, too, have invested millions of dollars in COVID-19 protection, health benefits and emergency sick-leave benefits for workers.

A number of chains, however, have ended the extra pay as the time periods for the programs have expired and states and municipalities nationwide have reopened businesses and public spaces shut during the pandemic.

But with coronavirus cases topping 4.9 million in the United States, and deaths now exceeding 160,000, Harris and Perrone noted that grocery workers are “continuing to put themselves in harm’s way.” As of Aug. 7, among UFCW members nationwide, there have been at least 97 grocery worker deaths, 7,188 grocery workers infected and 6,122 grocery workers exposed to the virus, the union reported.

“As we all know, this pandemic is far from over,” Harris and Perrone wrote in the CNN op-ed, “and the health threats that grocery workers face are just as real now as they were when this crisis began.”