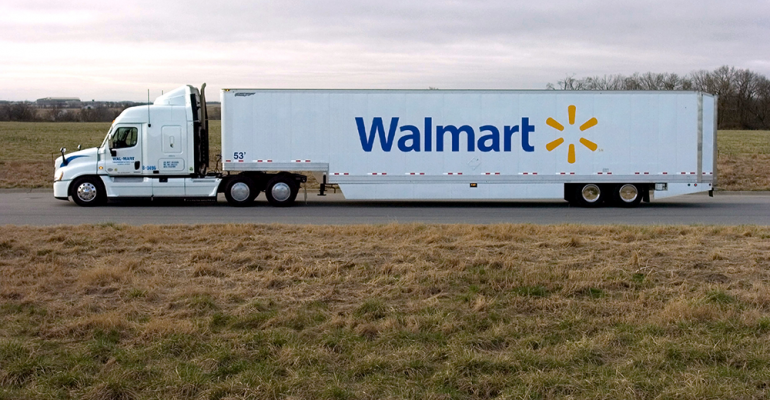 Walmart is tackling a problem that extends not just across the food, drug and mass retail arena but also other industry sectors: not enough truck drivers.

The retail giant said yesterday that it plans to hire “hundreds more” truck drivers to its fleet this year after adding over 1,400 in 2018, a gain of about 500 from the previous year. To that end, the company has launched new onboarding events that include assessments, mentorships and speedier hiring.

Next month, Walmart also plans to start hiking driver pay. Including a 1 cent-per-mile raise and extra pay for each arrival, Walmart drivers will now earn an average of $87,500 annually, with an all-in rate of almost 89 cents per mile, the company said.

The measures are aimed at helping to fill new jobs arising from Walmart’s business growth amid a national truck driver shortage. Last year, the company’s same-store sales rose 3%, which has raised the demands on its transportation network.

Completing a new truck driver hire already has been expedited, Walmart noted. The new orientation efforts have halved the time between a candidate’s first interview and a mandatory driving assessment. The retailer’s supply chain division introduced the events last August.

“These hiring events are both improving the skill level of our candidates and enriching their onboarding experience,” according to Lori Furnell, director of driver talent acquisition at Bentonville, Ark.-based Walmart. “We’re leaning heavily on the expertise of our Walmart road team and our certified driver trainers to grow our skilled fleet of professional drivers.”

In line with that goal, Walmart has introduced targeted one-on-one mentoring from veteran drivers. Two central locations in Casa Grande, Ariz., and Lauren, S.C., serve as weeklong onboarding facilities for new hires to watch veteran drivers and then practice those skills according to Walmart’s standards and guidelines. Candidates previously had one opportunity to perform an assessment, during which they were evaluated for driving skills and a “pre-trip inspection,” or safety scans of a truck before each departure, Walmart said.

To qualify for the onboarding, drivers must meet Walmart’s minimum standards for its private fleet drivers. That includes 30 months of experience in the past three years and a clean safety record.

According to an estimate by American Trucking Associations (ATA), the trucking industry is now at least 50,000 drivers short, a number that could top 174,000 by 2026. In the next decade, 890,000 drivers will be needed to keep pace with growth and demand for freight transportation. 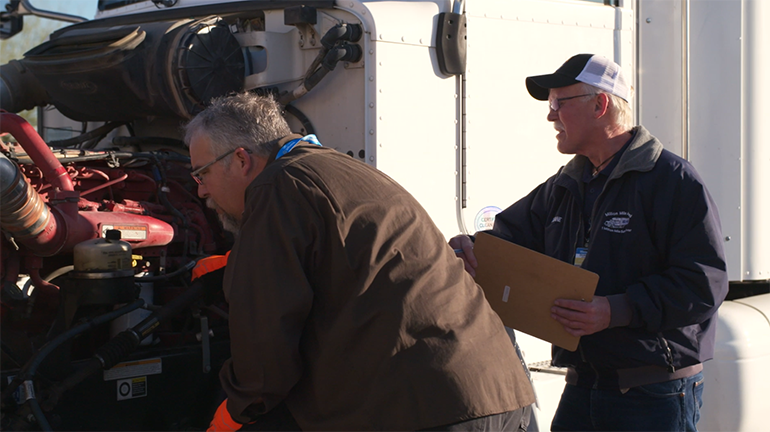 Still, the lack of qualified drivers remains a top concern for trucking companies and motor carriers, an issue that studies say could be addressed by better efforts to retain experienced drivers and attract younger drivers.

“Though the driver shortage saw some improvements in 2018, it continues to plague the trucking industry. The American Trucking Associations estimates that the labor pool of professional drivers was short by more than 50,000. In turn, this led to peak levels of compensation for drivers as trucking companies competed with one another to attract employees,” Zipline Logistics, a Columbus, Ohio-based consumer goods transport firm, said in its first-quarter 2019 market update.

“Thankfully, according to Goldman Sachs, the driver shortage has found its bottom and is slowly beginning to rebound,” the report said. “Information shows that in the past year, 31,000 drivers have entered the workforce, the fastest growth rate in three years.”

Larger trucking companies have had a more difficult time hiring drivers than smaller firms, Zipline noted. Yet the industry as a whole has scrambled to sway younger candidates to pursue a trucking career.

This year, Congress is expected to reintroduce the Drive-Safe Act, which failed to come up for a vote in 2018 after being introduced in both the House and Senate. The legislation would allow drivers ages 18 to 20 with commercial driver’s licenses (CDLs) to operate in interstate commerce — under some restrictions — and require them to complete a two-part training program. Currently, most states allow people to obtain CDLs at age 18, but those drivers aren’t permitted to transport goods interstate until they are 21.

“Concerns about attracting Millennial drivers still abound. The industry is approaching a very dangerous point, as fewer young people are interested in a driving career. Part of the problem is that the federal government requires drivers to be at least 21 years old to operate a commercial vehicle. As a result, many would-be drivers end up finding a different career path after high school,” Zipline observed in its report, released Tuesday. “If this problem is going to be solved, the industry will have to press for a lower minimum-age requirement, while creating a work culture that is more attractive to women and Millennials. To do so, trucking companies will need to continue to increase driver wages while also offering more flexibility, time and increased benefit packages.”