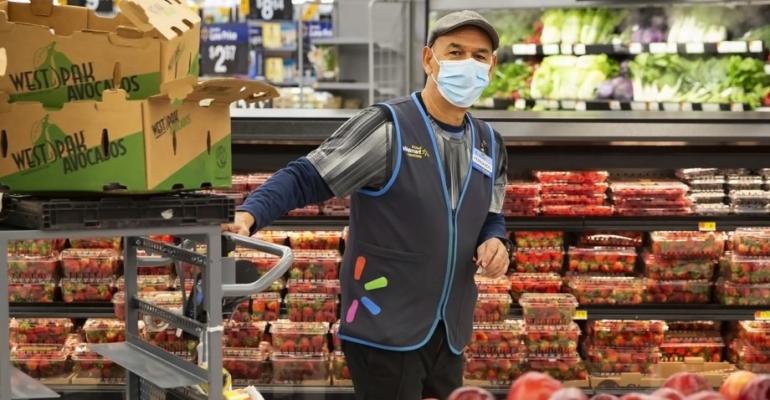 Walmart
Including earlier payments, Walmart has committed more than $935 million in bonuses for hourly workers so far this year.
Issues & Trends

Latest round of payments to total $390 million

As the nation still grapples with the coronavirus pandemic, Walmart plans to pay out another cash bonus for all U.S. full- and part-time hourly associates, including at Sam’s Club.

Walmart said Tuesday that the bonus will be the same as the first one announced March 19: $300 for full-time and $150 for part-time hourly and temporary employees. Recipients will include hourly associates in stores, clubs, supply chain and offices, drivers, and assistant managers in stores and clubs, who worked amid booming customer demand for food and other essential supplies since COVID-19 was declared a national emergency in March.

Plans call for the new bonus to be paid on June 25, Bentonville, Ark.-based Walmart said. Workers must be company employees as of June 5 to qualify.

“Walmart and Sam’s Club associates continue to do remarkable work, and it’s important we reward and appreciate them,” Walmart U.S. President and CEO John Furner said in a statement. “All across the country, they’re providing Americans with the food, medicine and supplies they need, while going above and beyond the normal scope of their jobs — diligently sanitizing their facilities, making customers and members feel safe and welcome, and handling difficult situations with professionalism and grace.” 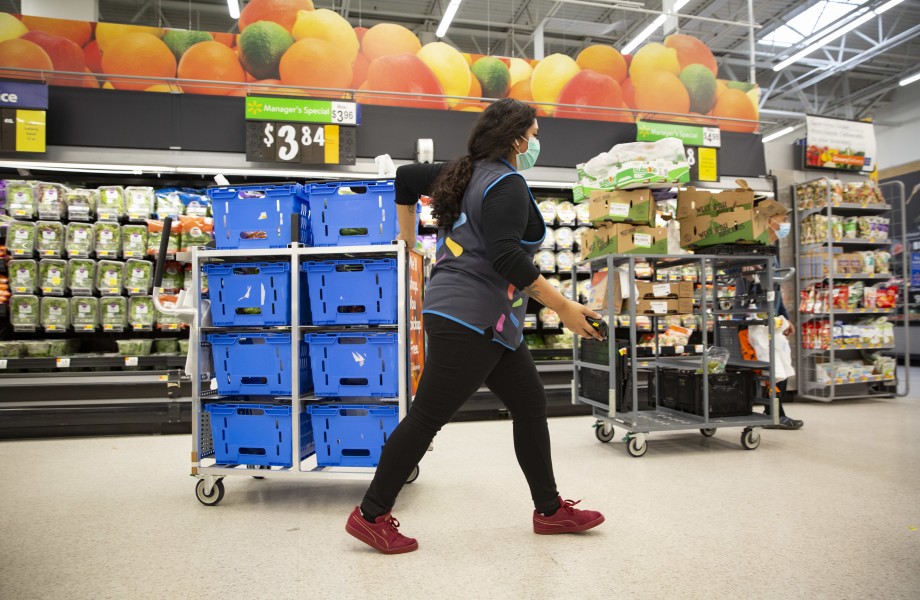 Recipients of Walmart's new bonus will include hourly associates in stores, clubs, supply chain and offices, drivers, and assistant managers in stores and clubs.

Walmart noted that the latest round of bonuses will total $390 million. Including earlier payments, the company said it has committed more than $935 million in bonuses for hourly workers so far this year.

In March, Walmart announced a special cash bonus for all U.S. hourly workers in stores, clubs, supply chain and offices as part of a $550 million package in support of their extra efforts to serve customers during the COVID-19 crisis. Those bonuses, paid on April 2, totaled $365 million.

Also with that announcement, Walmart moved up the next scheduled quarterly bonus for store, club and supply chain associates a month earlier, to April 30, so these employees would have more cash in hand sooner. Those payments added up to $180 million.

“We are so grateful to our associates for being there for customers and members during this difficult time, serving communities across the country,” stated Kathryn McLay, president and CEO of Sam’s Club. “Our associates’ efforts have been exactly what the country needed during this historic and uncertain time. They’ve made a real difference.”

Retail and grocery industry observers are keeping a close watch on worker compensation as federal, state and local governments look to reopen businesses and public facilities and restart their economies — even as health authorities say the coronavirus threat remains amid stronger safety and social distancing measures. In the grocery retail sector, some companies have extended $2-per-hour bonus payments for store associates and other workers through May, while others have not announced extensions.

For example, The Kroger Co. said last week that it will gauge changing conditions and employee needs as it weighs extending bonus payments for frontline hourly workers. On March 31, Kroger announced a “hero bonus” of $2 an hour for all frontline grocery, supply chain, manufacturing, pharmacy and call center associates for time worked from March 29 to April 18. That was later extended to May 2 and then to May 17. The company also paid out a one-time bonus of $300 to full-time associates and $150 to part-time associates on April 3.

The Cincinnati-based supermarket giant has been pressed by United Food and Commercial Workers (UFCW) to extend the hero pay, as grocery employees continue to face high customer demand and a number of union locals have reported more COVID-19 cases and deaths among members in recent weeks. Kroger said that, so far during the pandemic, it has invested over $700 million to reward associates and protect employees and customers.

On Tuesday, Southern California grocery chain Stater Bros. said it will extend its $2-per-hour wage incentive for all hourly store, distribution, transportation, corporate and construction employees to May 31. The San Bernardino, Calif.-based retailer, with 169 stores, began paying the incentive on March 23 and then on April 24 announced that the extra hourly pay would be extended to May 17. A week earlier, retailer-owned cooperative Wakefern Food Corp., whose 354 supermarkets in the Northeast include the ShopRite banner, said it was extending its $2-an-hour temporary wage premium for store associates through May 30. The extra pay was initially announced on March 22.