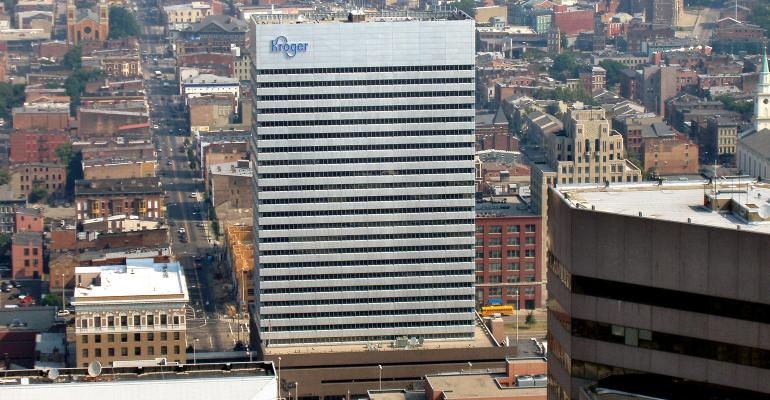 How soon will consumers respond to improving conditions

Analysts expect sales at Kroger Co. won’t vary widely from the modest expectations the retailer set earlier this year, but they’ll be watching keenly to see how hard Kroger fought to get them.

Cincinnati-based Kroger will report financial results for its fiscal first quarter Thursday, reviewing a period during which deflation eased but other traditional food retailers struggled and Walmart outperformed. Kroger, which reported a 0.7% decline in non-fuel comparable-store sales in the fourth quarter, in early March said it expected comps in the first quarter to remain slightly negative to flat. Its first quarter ended May 20.

At issue, one analyst told SN Tuesday, is how willing Kroger will be to pass along increasing input costs while competition remains intense and pressure to narrow price gaps with the competition — particularly Walmart and the hard-discounter Aldi — remain. Kroger reportedly has been making deep price investments in some markets, which could strain the bottom line.

“Comp sales will likely be modestly negative,” the analyst said, “but surrounding gross margins are going to be highly monitored by investors.”

Shane Higgins of Deutsche Bank in a research note last week noted that while deflation eased sequentially in the quarter, “we believe that sales worsened as Kroger stepped up — as planned — price investments and promotions, which may have had a temporary negative impact on sales, as it can take some time for traffic/tonnage to build.”

Higgins said he expected comps to decline by 1.5% in the quarter, and non-fuel gross margins to decline reflecting reflecting stepped-up price investments and promotions that exceed cost savings. Higgins, however, said conditions would likely improve for Kroger as the year progressed

Kelly Bania of BMO Capital agreed investor focus will be on the gross margins, which she said would likely to decline by 25 basis points in the quarter, in line with Kroger’s fourth quarter slide. She noted a “challenging environment” illustrated by sliding comps among peers in the period and significant investments from competitors like Walmart and Aldi.

On the positive side, Kroger could benefit from competitive closures in places like Indiana (Marsh), the Southeast U.S. (Southeastern Grocers) and from supply-chain disruption among independents around Chicago. Along with better macro trends and more encouraging shopper survey data, Kroger comps could pull out of negative territory, according to RBC analyst Bill Kirk, who said Tuesday he was expecting flat comps.

“We believe the fears surrounding Kroger are overstated or they are not new problems,” Kirk said in a research note. “With easing deflationary pressure and emerging structural advantages, we believe we are on the precipice of improved results. While there will be near-term gross margin pressure, we attribute it to the easing deflation rather than increased competition.”