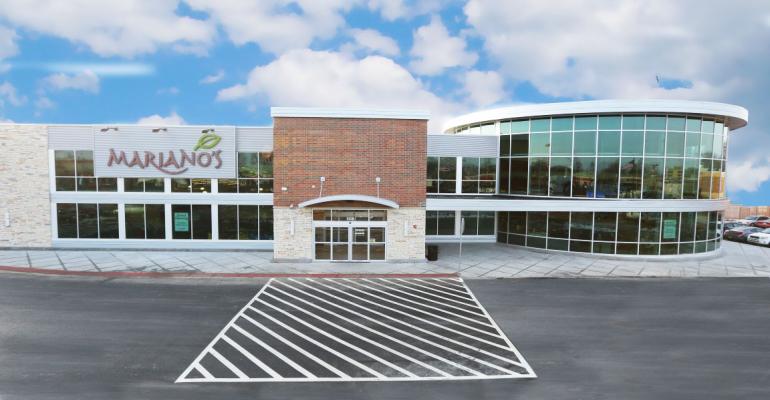 From Kroger’s point of view, mergers are about giving as much as receiving.

In acquiring Roundy’s Supermarkets — and in particular its Chicago-based fresh superstores under the Mariano’s Fresh Market banner — the Cincinnati-based retailer hopes to take away knowledge of operating high-volume, fresh-focused urban locations it can then donate to other divisions in which it operates stores, from Los Angeles to Cincinnati. One key to this “reverse synergy” is Kroger’s intention to keep Roundy’s CEO and the concept’s creator and namesake Bob Mariano on board.

Mariano told SN in an interview Wednesday he would stay with Kroger, helping to run Mariano’s as well as the operations in Wisconsin that came along with it in the $800 million deal announced early Wednesday.

“We have great admiration for what Bob Mariano has accomplished with the Mariano's banner in Chicago — effectively entering a new market organically and creating a successful urban format that customers love,” Mike Schlotman, Kroger’s CFO, said in a conference call discussing the deal Wednesday. “We expect to learn from these accomplishments to further Kroger's penetration into urban markets.”

Schlotman said Kroger officials were particularly impressed with the way in which Mariano’s stores weaved local offerings into the experience.

“For instance some of their coffee shops, they have a local roaster come in to the stores and run the coffee shop. That's the same guy that people see down the street,” Schlotman noted. “So they have a big focus on finding that local feel inside the store. So that it’s more than just a grocery store, it's an experience of other opportunities that are in and around the neighborhoods.”

Schlotman said Kroger has tried similar strategies in certain markets but said given Mariano’s knowledge “we have the opportunity to take this to another level.”

Mariano’s can also be useful as Kroger formulates plans to expand in existing markets where urban populations are growing, he added.

“I look at a market like Cincinnati, where the urban core is growing in a big way and a number of people are moving back downtown. We really don't have a store in the urban center that would be the kind of store that the folks would want to shop in,” he confessed.

From Mariano’s standpoint, Kroger’s superior financial might will provide the purchasing strength to better support pricing and other initiatives that capital constraints under Roundy's would not allow.

“I like how they go to market,” Mariano said of Kroger, “and we share a common set of values that impact everything we do. They also have great direct marketing and loyalty capabilities that will help us give shoppers what they want. There’s probably about 1,000 other opportunities that will come from this.”

The Mariano’s concept was founded in 2010 and grown to 34 stores averaging nearly $45 million in annual sales.