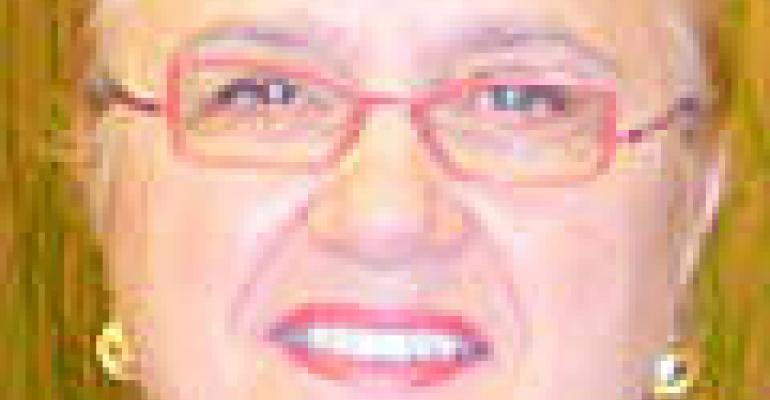 PARSIPPANY, N.J. &#8212; Kings Super Markets played host to one of television's most beloved chefs, Lidia Bastianich, this week at its flagship store in Short Hills, N.J.

PARSIPPANY, N.J. — Kings Super Markets played host to one of television's most beloved chefs, Lidia Bastianich, this week at its flagship store in Short Hills, N.J.

Bastianich, also a renowned NYC restaurateur and best-selling author, who is sometimes called the queen of Italian food, spent two hours at Short Hills, signing her most recently published cookbook, and talking to Kings' customers. She even took time to walk the aisles with store manager Emilio Romeo.

Bastianich's visit was one of a long list of interesting events on the agenda as part of a Dining Solutions for the 21st Century/Experience Food program that Kings launched on Nov. 12. SN reported on the program's debut which centers around the chain's meat and seafood departments and involves 21 "Food Masters" recruited from within Kings to help make the multi-event program as creative and different as possible, officials said.

Bastianich’s visit, which was arranged by Kings' grocery buyer and Food Master Antonio Acosto, "went very well," said Jessica Gasser, training director at the 24-unit chain. "We received numerous compliments from customers about how smoothly executed the event was. Customers came in as early as noon to get a number and the line started to form around 3:30." Over 150 people attended.

With more than 70 events set between Nov. 12 and the first of the year, the Meals Solutions/Experience Food program is still generating excitement, officials said.