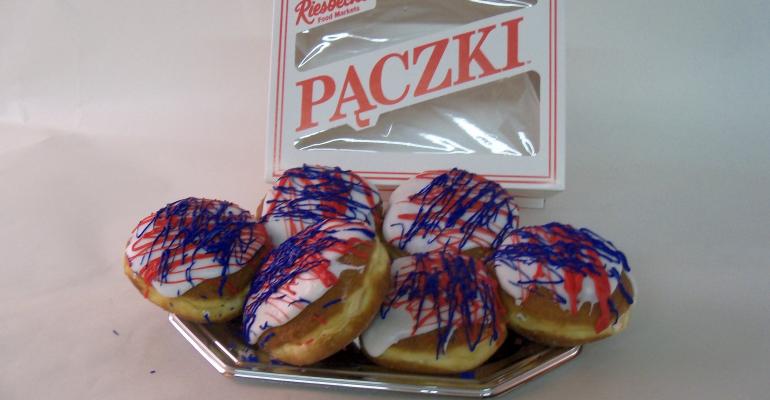 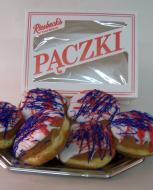 "Since both teams this year have the same colors — red, white, and blue — it saved us some time and labor, John Chickery, Riesbeck's bakery director, told SN.

Riesbeck's has no way of knowing how many of its customers — most of whom are Ohio residents — are rooting for the New England Patriots and how many are for the New York Giants. Indeed, the white-iced paczki, decorated with red, white and blue strings of icing, are expected to appeal to both sets of fans.

Paczki are super-rich, filled doughnut-type pastries that originated in Poland and are popular pre-Lenten treats in some regions of the United States. In recent years, Riesbeck's has turned out paczki decorated in both Super Bowl contenders' colors. Starting this time of year, paczki is a big thing for 16-unit company, whose bakeries sold nearly half a million individual paczkis between mid-January and Easter Sunday in 2011.