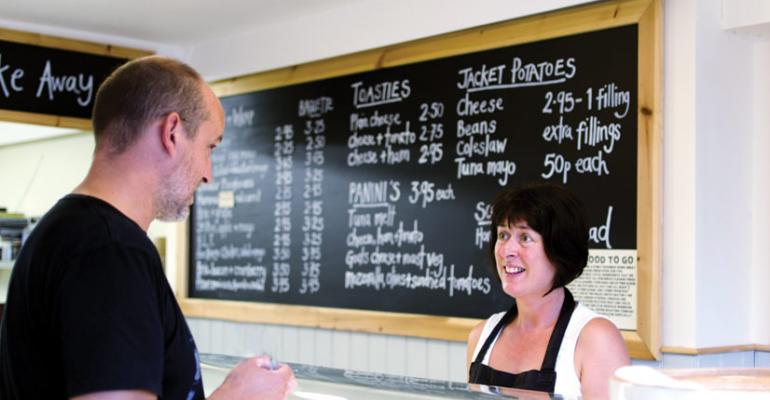 In the coming year, the fresh food industry is looking forward at legislation and regulations impacting food labeling, the continued rollout of the Food Safety Modernization Act (FSMA) and immigration reform.

Industry groups are prepared for a long partnership with FDA on developing and implementing rules as part of FSMA in 2014 and beyond.

Last month FDA announced it would allow the industry and public to comment on a second set of proposed FSMA rules for produce safety and preventive controls. These rules deal with standards for water quality, manure and compost, and mixed-used facilities.

“We believe that this additional step to seek further input on revised sections of the proposed rules that need significant adjustment is critical to fulfilling our continuing commitment to getting these rules right,” said FDA deputy commissioner Michael Taylor in a statement.

The food industry applauded this announcement.

The produce industry had been seeking another opportunity to comment on the next set of rules after submitting detailed comments requesting substantial changes to the initial proposed rules.

“I think they got quite a few comments. I know PMA’s comments were over 100 pages for both the produce and the preventative controls,” said Tom O’Brien, Produce Marketing Association’s Washington representative.

Since many food producers and retailers already have established food safety procedures, FSMA rules must be evaluated with current practices in mind.

“It’s not just evaluating what FDA proposed, it’s evaluating in light of what the industry is doing. Because the more you can coordinate those, the better it is,” said O’Brien.

Even with a federal judge-imposed deadline of summer 2015 for FDA to complete all the FSMA rules, the food industry is encouraging a steady and thorough approach to the new food safety reforms.

“We feel there is plenty of time to do another round of proposed rules and give the industry the opportunity to comment on those revised proposed rules,” O’Brien said.

While retailers have been adopting more nutritional labeling programs, the industry continues to express concern for mandated calorie labeling.

The Food Marketing Institute argues that the regulations shouldn’t apply to supermarkets because they were developed for restaurants to post calories on menus and menu boards.

“Well, clearly there aren’t a lot of menus or menu boards in a grocery environment. You may have a menu board in the deli area, but that’s about it,” said Jennifer Hatcher, SVP of government and public affairs at FMI.

“So the challenge for us is the law does not fit the process. We’re not a restaurant and to throw us in the mix of having to label things like a restaurant is labeling them — it just doesn’t work in our environment.”

An FMI survey of members found that food labeling continues to be one of the top legislative and regulatory priorities for its members in the coming year.

FMI has said that 95% of grocery products are already labeled with detailed nutrition information and that the new regulations don’t allow for alternative methods for conveying calorie information such as through a kiosk or on a website.

Instead, FMI is backing a Senate bill that, if passed, would relax how the calorie information could be presented.

“It would allow more flexibility for you to label electronically or other creative technological ways, online, and would also allow you to label per slice [in the case of a cake] as opposed to the entire item,” said Hatcher.

In addition, in the Senate’s bill, only food retailers that make more than 50% of total revenue from prepared foods would have to comply with the regulations.

“We cannot be in a situation where consumers are having different labels on the same products in different states,” said Hatcher, who added that it would be problematic to have varying thresholds for determining which products are considered to be genetically modified in each state.

FMI expects FDA to publish guidance about genetically modified food labeling in the near future.

In response to the shrinking supply of agricultural workers, produce industry groups continue to urge Congress to pass an immigration reform bill.

United Fresh’s SVP of public policy, Robert Guenther, said it’s hard to say whether the produce industry is going to see movement in Washington on immigration reform next year.

SN INSIGHT
Although there has been some grumbling by the food industry about how slowly FDA released proposed rules for the Food Safety Modernization Act, it’s surprising how much effort the agency has put into working with the food industry. In fact, FDA has gone out of its way to include the industry’s voice when developing these rules. FDA’s willingness to work closely with the food industry can be seen in:

The industry is hoping the House will pass a law similar to the Border Security, Economic Opportunity and Immigration Modernization Act that the Senate passed last summer.

“What we’re seeking is exactly what the Senate passed, which is a bill that both addresses the people here that are not documented to provide a legal and documented workforce now,” said PMA’s O’Brien. “And with that, a workable guest worker program so that there are workers in the future — agricultural labor in particular.”

It’s unclear how the House would approach an immigration reform bill.

“We’re waiting now and working with the House just to kind of see what kind of process they’re going to go through — whether it’s a comprehensive approach or a piecemeal approach,” said Guenther.

PMA and United Fresh representatives seemed cautiously optimistic that immigration reform could be passed in 2014.

“There are hopeful signs, there’s nothing concrete of action coming. So we’ve got to continue to press,” said O’Brien.