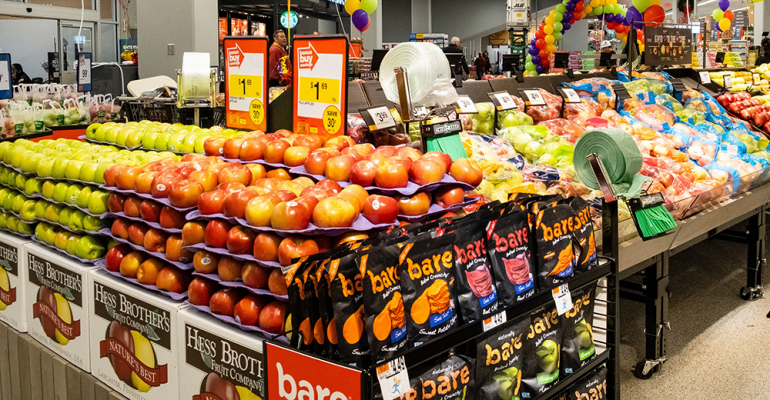 Farm Bill gets the OK from Congress

The House of Representatives approved the Agriculture Improvement Act of 2018 (H.R. 2) yesterday in a 369-47 vote. That came a day after the Senate voted 87-13 for the five-year, $867 billion legislation after a conference committee reconciled differences between the House and Senate versions.

Trump indicated his support of the bill as it was being finalized in Congress. He’s expected to sign the measure into law given its overwhelming support in the House and Senate. 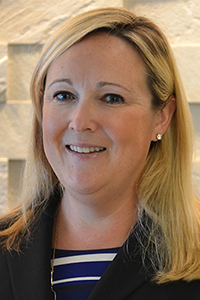 “FMI would like to thank the committee chairmen and ranking members for their leadership in completing H.R. 2, the Agriculture Improvement Act of 2018, the Farm Bill. The bill helps FMI members keep operation costs down and fosters innovation and efficiencies for the future of food retail and its customers,” Hannah Walker (left), senior director, technology and nutrition policy at the Food Marketing Institute (FMI), said in a statement.

A key to passage of the legislation was the elimination of an earlier House provision, supported by Trump, that would have heightened work requirements under the Supplemental Nutrition Assistance Program (SNAP). The measure would have compelled states to impose work requirements for food stamps on older workers (ages 49 to 59) and parents with children ages 6 to 12, a move that would have cut benefits for an estimated 1 million-plus households. The provision was killed during negotiations with the Senate, where it encountered opposition.

“The 2018 Farm Bill leverages technology to better serve every customer shopping in our members’ grocery stores. It drives modernization in the electronic benefit transfer (EBT) systems, while protecting retailers from unfair and predatory interchange and processing fees,” according to Walker. “FMI is also pleased the Farm Bill encourages creative proposals from retailers who would like to incentivize SNAP customers to buy more fresh fruits, vegetables, milk and whole grains in addition to permanently authorizing the Food Insecurity Nutrition Incentive program.”

The National Grocers Association (NGA) said the Farm Bill preserves the public-private partnership between supermarket operators and the federal government, helping to ensure that needy families have access to nutritious food and allowing independent grocers to continue to invest in their companies, employees and communities. 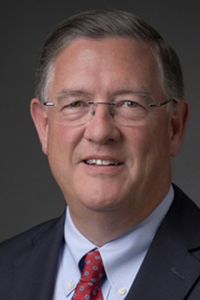 “This legislation addresses important issues for independent grocers, including the protection against harmful processing fees and the increased investment in the Food Insecurity Nutrition Incentive (FINI) program,” said NGA President and CEO Peter Larkin (left). “We were especially pleased to see the Farm Bill contain NGA-offered language that would direct significantly more FINI funding to independent supermarkets. It’s been a long road to get here, but NGA and its members were engaged with Congress every step of the way to achieve our shared goals.”

Still, the NGA noted that the final bill doesn’t protect store-level SNAP redemption data from Freedom of Information Act requests. Citing the less than 2% average annual profit margins in the grocery industry, the association said the release of store-level SNAP redemption information to the public will hurt competition in food retail and stigmatize storefronts in low-income areas.

“A top priority to protect store-level SNAP sales data was not included in the Farm Bill,” Larkin said. “We will work closely with Congress and industry stakeholders to identify viable solutions to ensure that private information that could be used to give competitors an unfair advantage, particularly over many small and medium-size grocers, is protected from public disclosure.”

According to the United Fresh Produce Association, the Farm Bill marks “major victories” for the fresh produce industry, to the tune of more than $3 billion in resources and policy changes. That includes increasing access to fresh produce in federal nutrition programs, breaking down trade barriers, funneling more resources toward research priorities, and addressing pest and disease challenges.

“United Fresh applauds the House and Senate for the passage of a Farm Bill that includes the priorities of United Fresh and our members. We thank Congress for approving this legislation, and we are proud that it has strong bipartisan and bicameral support,” commented Robert Guenther, senior vice president of public policy for United Fresh. “The Agriculture Improvement Act is vital to the ability of the fresh produce industry to ensure Americans have access to nutritious foods. We look forward to the President signing the bill before the conclusion of the 115th Congress.”

Trump is expected to sign off on the Farm Bill next week.

“The passage of the 2019 Farm Bill is good news because it provides a strong safety net for farmers and ranchers, who need the dependability and certainty this legislation affords. This Farm Bill will help producers make decisions about the future, while also investing in important agricultural research and supporting trade programs to bolster exports,” U.S. Secretary of Agriculture Sonny Perdue said in a statement after the House approved the legislation Wednesday. “While I feel there were missed opportunities in forest management and in improving work requirements for certain SNAP recipients, this bill does include several helpful provisions and we will continue to build upon these through our authorities.  I commend Congress for bringing the Farm Bill across the finish line and am encouraging President Trump to sign it.”