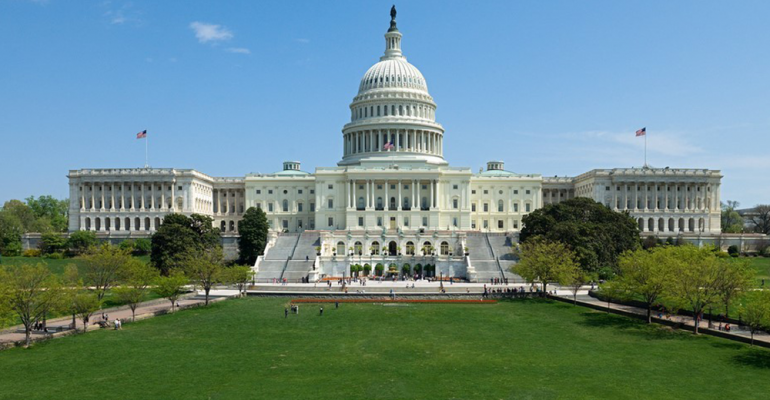 Retail industry groups hailed new congressional legislation to correct a “glitch” in federal tax reform that made it harder for supermarkets, restaurants and other retailers to write off expenses for qualified improvement property (QIP) to their stores.

Under the tax overhaul legislation, lawmakers intended to allow businesses to immediately write off costs from QIPs instead of having to expense them over 15 years. Yet the error required retailers, restaurants and other leaseholders to write off those costs over 39 years, which Panetta and Walorski said resulted in “cost-prohibitive renovation projects and stalled investments.” H.R. 1869 would ensure that full cost of store, office or building improvements can be immediately expensed, as originally planned when the provision was proposed.

The Food Marketing Institute (FMI) applauded the legislation and called on the House of Representatives to quickly approve the bill.

“This legislation will allow food retailers to take advantage of immediate expensing for improvements made to our members’ stores. These investments not only create jobs and economic activity in the communities served by our membership, they also enhance the consumer experience through modernization and technology,” Andrew Harig, senior director for sustainability, tax and trade at FMI, said in a statement.

“For the past year, many qualified improvements have been put on hold due to a drafting error in the Tax Cuts and Jobs Act that actually made these investments more expensive than before tax reform,” Harig explained. “Today’s bipartisan legislation is a needed corrective that provides for full expensing without imposing any new obligations on the Treasury.”

Specifically, the Tax Cuts and Jobs Act provision sought to give retailers a 100% bonus depreciation for writing off the full costs of short-lived investments immediately. But the drafting error excluded some categories of business investment, notably QIPs, from being 100% eligible for bonus depreciation.

“The retail glitch has created uncertainty for independent grocers across the country and has inadvertently stifled their ability to upgrade and reinvest in their stores,” commented Greg Ferrara, executive vice president of the National Grocers Association (NGA). “NGA appreciates the bipartisan work done by Reps. Panetta and Walorski to resolve this issue in a timely manner so that grocers can continue to expand and drive economic growth in their local communities.”

H.R. 1869 holds strong bipartisan support, including seven Republican and six Democratic co-sponsors. The Senate bill’s original co-sponsors include four Republicans, three Democrats and one Independent. The legislation has been referred to the House Ways and Means and the Senate Finance committees.

“Since the passage of comprehensive tax reform, retailers have followed through on their promise to invest in their workforce and their businesses. The drafting error in this provision has stifled growth and innovation across the industry,” said Jennifer Safavian, executive vice president of government affairs for the Retail Industry Leaders Association (RILA). “With bills now introduced in the House and Senate, we are hopeful that Congress will support retailers' efforts as they continue to make improvements to stores, grow their workforce and enhance the overall customer experience.”